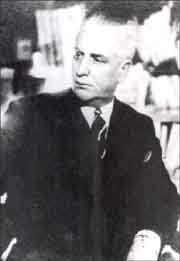 Gaetano Crocco was a leading Italian aeronautical and aerospace designer, military officer (rising to the rank of general), and founder of the Italian Rocket Society in 1951. Crocco designed a number of airships in the early part of the twentieth century and switched to designing rocket engines in the 1920s. Among his many contributions to the theory of spaceflight was a paper in which he showed that a spacecraft could, in theory, travel from Earth to Mars, perform a reconnaissance Mars flyby (that is, not stop over in Mars orbit), and return to Earth in a total trip time of about one year.1