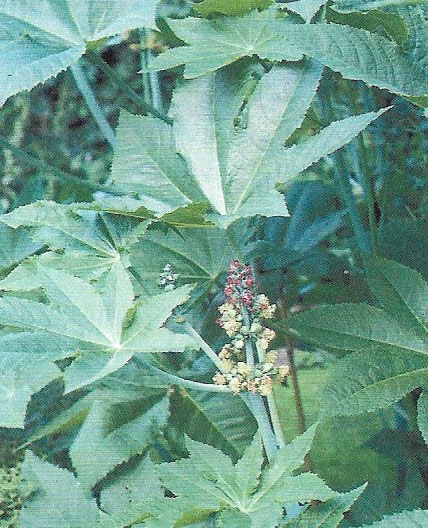 Castor oil is produced from the leaves of the plant Ricinus communis.