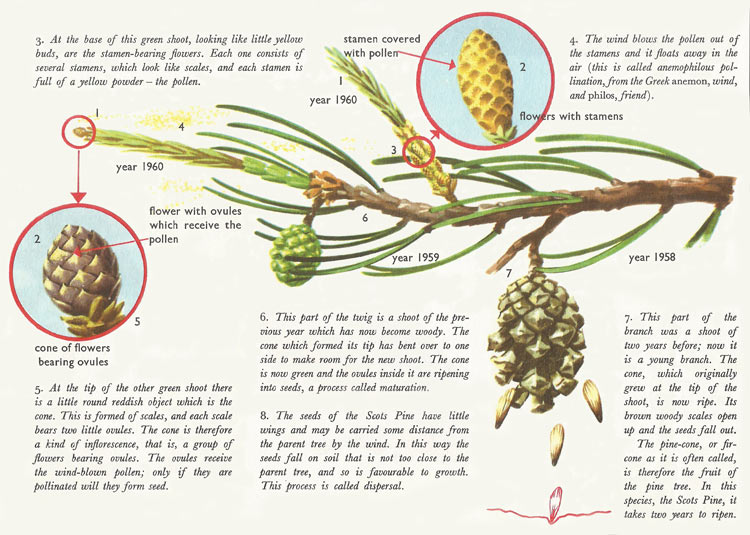 The development of pine cones in the Scots pine. (1) In the spring the dark-colored branches of the pine put out new green shoots. Here are two shoots that have grown in the New Year. (2) The pine had two kinds of flowers: one with stamens, which produce the pollen, and one bearing ovules which receive the pollen and later develop into seeds. 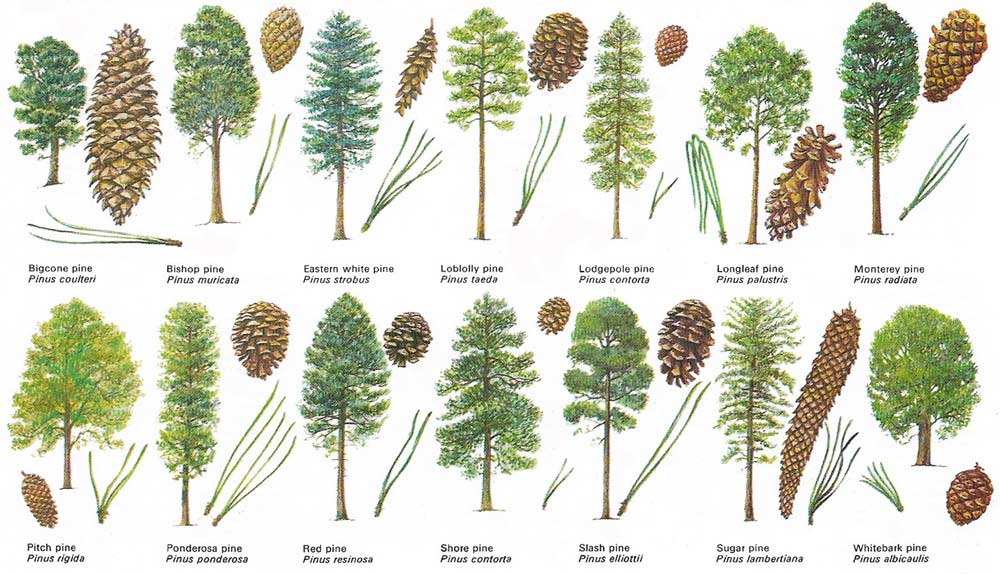 The trees shown above are all North American species of pine and are depicted as they would appear in their prime and shaped as they would be in open ground. Although all are members of the genus Pinus there are definite differences between species in silhouette and in the size and shape of their cones. As these pines grow older they do not become much taller but grow wider t their crowns and also more branchy. 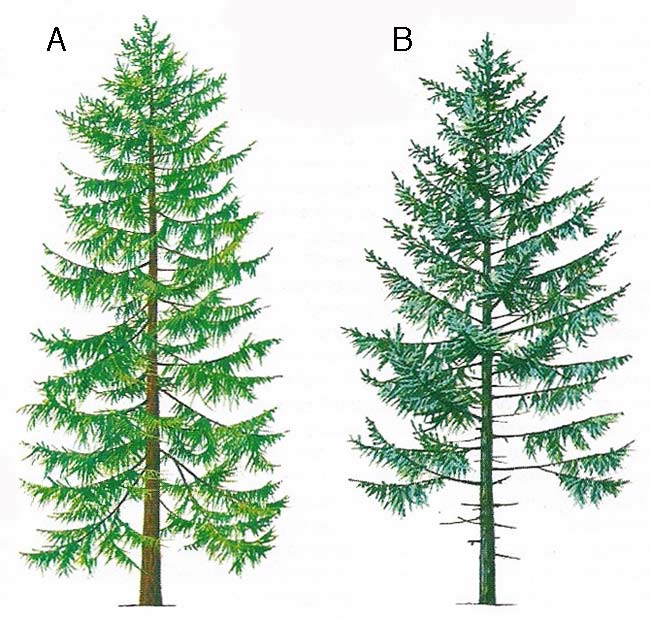 Fig 1. (A) The Tamarack or American larch (Larix laricina) of eastern North America can grow to a height of 18m (60ft). Like other larches this conifer is unusual in being deciduous and not evergreen. All are classified with the pines (family Pinaceae). They have resinous, weather-resistant timber. (B) The white spruce (Picea glauca) grows in the far north of Canada and like other spruces is a prized timber tree, It reaches a height of 23 m (75 ft). 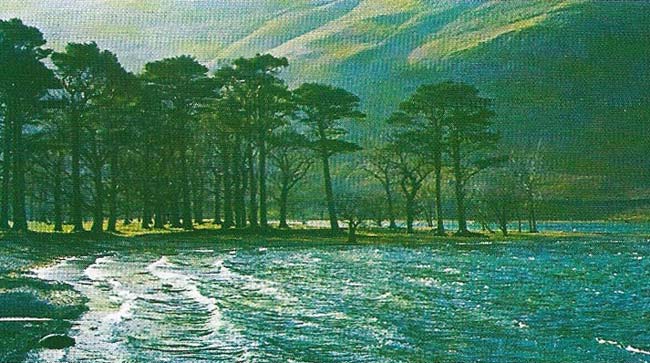 Fig 2. The Scots pine (Pinus sylvestris) is seen here in the setting from which its name is derived on the shores of a Scottish loch. This tree, which can grow 0.6 to 0.9 m (2 to 3 ft) for 20 to 30 years is the best known of the family Pinaceae. All pines (Pinus spp) have two kinds of leaves; there brown, scale leaves on the long shoots and needle-shaped ones on the short shoots.. 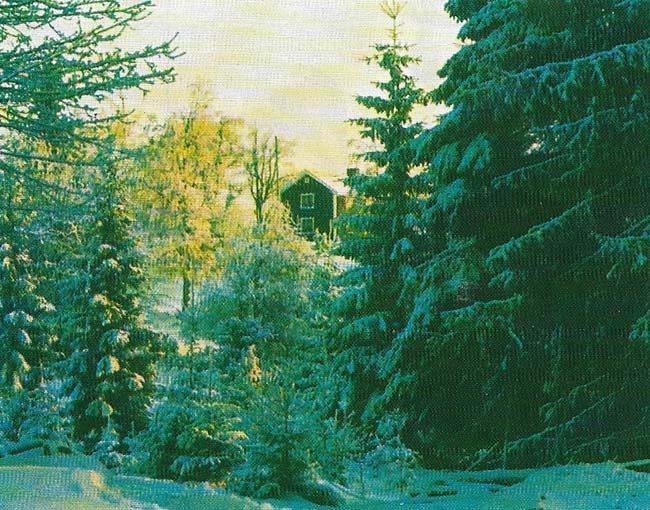 Fig 3. The Norway spruce (Picea abies) is the commonest species of Picea and Europe's tallest native tree, reaching a height of 54 m (180 ft). It is seen here growing in the Italian Tyrol, in the foothills of the Alps. The tree may live more than 1,000 years and may not reach maturity (as shown by the production of cones) until it is 30 years old. It can tolerate shade and thus forms thick forests. 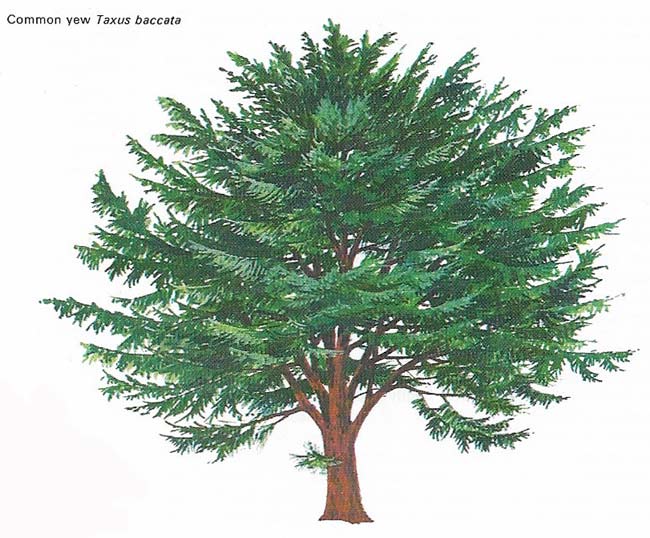 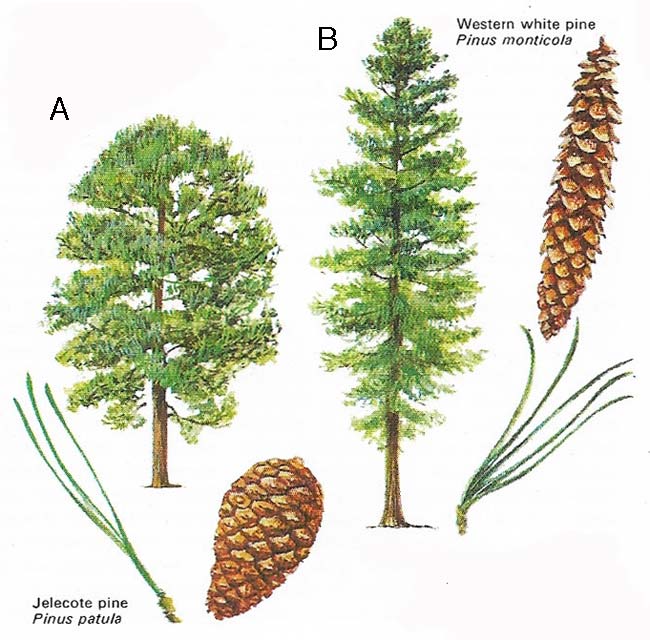 Fig 5. (A) The jelecote pine is a small, graceful Mexican tree with drooping, bright green needles. (B) The western white pine grows to 54 m (180ft) in the western US state of Idaho. 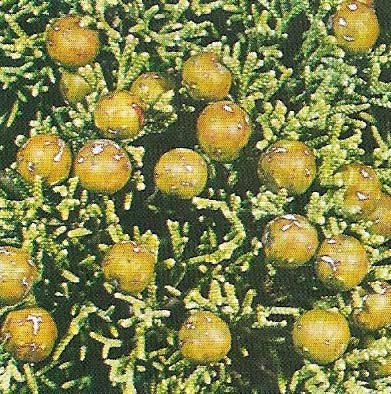 Fig 6. The Phoenician juniper of the Mediterranean can grow for ten centuries. Its berry-like cones have a bloom on them when young which they lose as they ripen and turn a reddish-brown color. 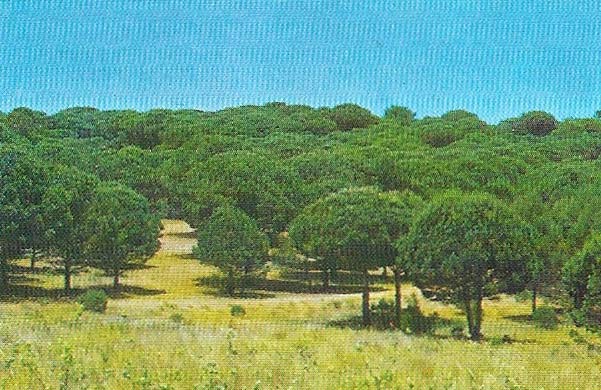 Fig 7. The tone or umbrella pine (Pinus pinea), one of the classic Mediterranean landscape trees, grows to a height of 7 m (20 ft). Its shape is remarkably constant, both in gardens and in the wild.

A conifer is a cone-bearing tree, generally evergreen. Conifers are classified as Phanerogams, because they reproduce by means of flowers, and are included in the order Gymnophermae (see gymnosperm), bearing flowers without a corolla and seeds not enclosed by fleshy fruit. Familiar conifers are the Scots pine, yew and juniper (these two being unusual in not bearing true cones), Norway spruce, silver fir, larch, Cypress, cedar and the American redwoods and sequoias, which are the largest trees in the world,, reaching heights of up to 112 m (367 ft).

The conifers are classified into eight families, and of the 50 genera 33 are confined to the Northern Hemisphere. Nearly all are evergreens with tough, dark-green needle-like or scale-like leaves and they form dense and deeply shaded forests.

Pines are extremely useful trees. Among other things they produce resin, which can be collected by making incisions in the bark so that the resin oozes out. A maritime pine 60 to 70 years old can produce about 15 lb of resin a year. By distilling the resin, turpentine and rosin or colophony are obtained. From turpentine varnishes and furniture and linoleum polish are made, and rosin is used in soap manufacture.

Timber from pines is used in building, for telegraph poles and other purposes, and a great deal of wood is pulped to make paper. The branches make excellent firewood.

The seeds of the stone pine are edible and are used by confectioners.

The only native British pine tree. Great forests of this tree once grew in Scotland, but they have almost all been cut down. The trunk is slender and reddish in color and when the tree is mature only the topmost branches bear leaves. The lower branches die and fall as the tree grows.

This native of Europe is found mainly in the Dolomite Mountains in northern Italy. It may grow as a tree of over 70 ft or as a bush, creeping along the ground, and can ten cover an area 50 ft in diameter. Its resin contains an oil that is used in medicine.

A native of Central Europe and the countries round the Mediterranean. It is distinguished from the Scots Pine by its dark color and grey (never red) bark.

This is a native of northern Siberia and the high Alps. The fine needles, clustered in fives, and the large wingless seeds distinguish it from other European pines.

A native of the Mediterranean countries and grown only as an ornamental tree in Britain. The trunk is reddish and scaly and branches only at the top, giving the tree an umbrella-like appearance. The edible seeds, under the name of pine kernels, are important for use in confectionery.

Another Mediterranean species which grows best near the sea. In Britain it is planted in south and west England and flourishes particularly near Bournemouth. The cones are large and the tree yields resin more abundantly than any other pine.

A native of the mountains of southeastern and central Europe and not really at home in the British climate, the Silver Fir has nevertheless been extensively planted in Britain both for timber and as an ornamental tree. The Latin name 'pectinate' means 'comb-like' and refers to the arrangement of the needles on the shoots.

Not a native of Britain, but by no means a recent introduction, as most of our foreign conifers are; Spruce was grown here in mediaeval times, probably before 1500. It is now one of our most important trees in economic forestry, and as Christmas trees the young trees are familiar to everyone. It is said to live up to 400 years.

Introduced as an ornamental tree in the sixteenth century, the European Larch has been of importance in British forestry, but the hardier Japanese larch (Larix leptolepis) is taking its place. Larches are exceptional among conifers in losing their leaves in the winter. The timber is especially useful for under-water construction.