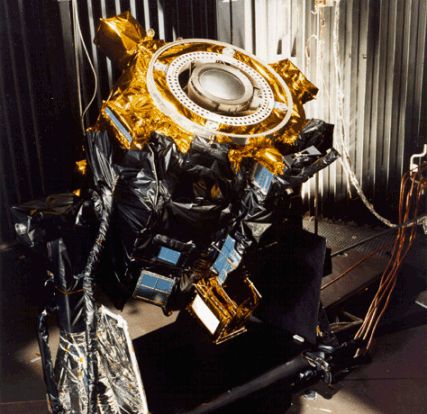 Deep Space 1 (DS 1)was an experimental probe launched on 24 October 1998, and designed to test 12 advanced spacecraft and science-instrument technologies that may be used on future interplanetary missions. DS 1 was the first mission in NASA's now defunded New Millennium program, is powered by an ion engine known as NSTAR, a type of xenon-ion propulsion system. Similar systems have been used for station-keeping by some satellites for a number of years, but the DS 1 ion drive is larger, more efficient, and has worked longer than any previously flown. In fact, DS 1's engine has accumulated more operating time in space than any other propulsion system in the history of spaceflight.

Among the other devices and techniques successfully tested during the probe's primary mission were an autonomous navigation system, a miniature camera and spectrometer, an ion and electron spectrometer, a solar-energy concentrator array, and experiments in low power electronics. DS 1's primary mission lasted two years and included a flyby of the 3-km-wide asteroid 1992KD on 29 July 1999. An extended mission culminating in an encounter with comet Borrelly began in September 1999 but was soon threatened by the failure of the craft's most important navigational instrument, its star tracker, which enabled DS 1 to orient itself relative to stellar patterns. Rather than abandon the project, NASA engineers uploaded new software to turn an onboard camera into a replacement star tracker, despite major differences between the two devices. It proved a valuable fix: on 22 September 2001, DS 1 flew past Borrelly's nucleus at a distance of only 2,200 km, snapping 30 or so superb black and white photos and collecting data on gases and dust around the comet.

"Deep Space 1 plunged into the heart of comet Borrelly and has lived to tell every detail of its spine-tingling adventure," said project manager Marc Rayman. "The images are even better than the impressive images of comet Halley taken by Europe's Giotto spacecraft in 1986."