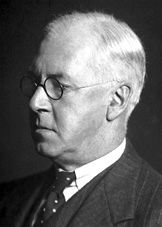 Henry Dale was a British physiologist who discovered acetylcholine and described its properties together with those of histamine. He shared the 1936 Nobel Prize in Physiology or Medicine with Otto Loewi, having identified the chemical that Loewi had found to be secreted by certain nerve endings as acetylcholine and demonstrated its role in transmitting nerve impulse. His writings include Adventures in Physiology (1953) and An Autumn Gleaning (1954).