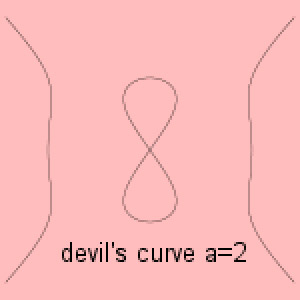 The Devil's curve, also known as the Devil on Two Sticks, is a curve with the Cartesian equation

and the polar equation