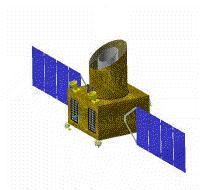 Eddington was an ESA mission, now cancelled, to understand the physical processes that govern the evolution of stars of different types and ages, and to search for and determine the characteristics of Earth-like planets orbiting other stars. The first objective uses asteroseismology, the only method that effectively allows us to probe the interior structure of stars. While the second objective makes use of transits, or dips in the light curve, in front of the parent star, to detect Earth-size planets. Eddington would have followed 500,000 stars and was projected to find several thousand planets including several dozen Earth-like planets in the habitable zones. Both objectives would have been be achieved with the same payload: a wide-field 1.2-m triple reflection optical telescope and associated CCD camera yielding high-accuracy long photometric time series for a large number of stars in the field of view. Eddington was identified as a reserve mission for launch between 2008 and 2013. Its mission was similar to that of NASA's Kepler and would have been a forerunner to that of ESA's GAIA. Unfortunately, budget constraints led to its cancellation in November 2003. It is the first time that ESA has cancelled a space mission.