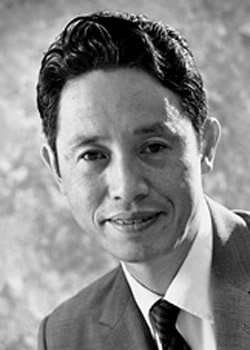 Leo Esaki was a Japanese physicist who developed the tunnel diode, a semiconductor that allows electrons to cross normally impassable electronic barriers. Ivar Giaever extended Esaki's research to the field of superconductivity, which led to the prediction of the Josephson effect (electrical effects of a current flowing between superconductors). For this work, they shared the 1973 Nobel Prize in Physics with Brian Josephson. The tunnel diode, also called the Esaki diode, has found extensive applications, which include its use in computer information storage.