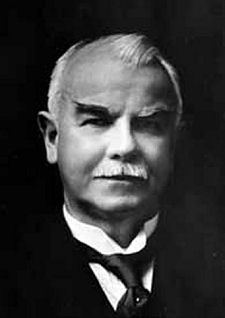 James Ewing was a Scottish physicist and engineer who observed and identified hysteresis, the lag in effect when forces acting on an object are changed. He also invented a number of instruments to test magnetic properties.

Ewing was born and educated in Dundee and studied engineering on a scholarship at Edinburgh University. He helped William Thomson, later Lord Kelvin, in a cable-laying project. In 1878 he became professor of mechanical engineering and physics at Tokyo University, where he devised instruments for measuring earthquakes. In 1903 he moved to the Admiralty as head of education and training, where during World War I, he and his staff took on the task of deciphering coded messages.