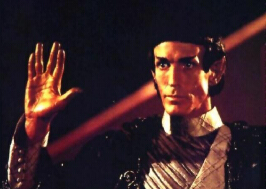 Fictional portrayals of the first direct contact between an extraterrestrial civilization and our own have conditioned us to expect one of two extreme situations. Either the aliens will be ruthlessly aggressive (biological selection having made them, like our own species, into the ultimate survivors) or utterly benign, peaceful and wise (sociological selection having led them to renounce war as a prerequisite to self-preservation). Compare, for example, the disturbing Alien series of movies with E.T. or Close Encounters. A similar bifurcation of opinion is evident among scientists who have considered the possible consequences of contact. Ben R. Finney, professor of anthropology at the University of Hawaii, has examined various proposed scenarios and divides them into two main categories: "paranoid" and "pronoid". Those of the paranoid persuasion tend to argue against attempts at CETI (see CETI, opposition). Inescapably, however, our viewpoints are anthropocentric and our speculations about the possible temperament of other intelligent species are based on projections of the duality in our own nature-the good and the evil that are inherent, inseparable components of the human psyche (see extraterrestrial intelligence, character).

One thing seems certain. If there are other space-faring, star-to-star communicating races in the Galaxy, then we must be technologically primitive in comparison with the great majority of them (see advanced xtraterrestrial intelligence). A major concern then is what might follow from first contact with creatures who, whatever their nature, possess knowledge and power far in excess of our own. Examples from human history seem to offer a cautionary note: exploration has gone hand in hand with exploitation, colonization with conflict and subjugation. In almost every case, the more technologically advanced interloper, intentionally or otherwise, has eventually imposed its ways and assimilated or emasculated the weaker party. Even if this were not to happen, it is uncertain how the human race would react to the discovery that it was, in cosmic terms, so backward. An optimist might argue that we would relish the prospect of rapid growth and would quickly learn from our older, wiser mentors, as children do from adults. A pessimist might insist we would be crushed to learn that, despite all our efforts, others had vastly surpassed us. Concerns such as these were raised in a study carried out for NASA by the Brookings Institution at the dawn of the space era (see NASA-Brookings Study) and have also been expressed by several prominent scientists, including Nobel laureates Martin Ryle and George Wald. Others, such as Carl Sagan, William Newman, and Arthur C. Clarke have defended the view that mature civilizations in the Galaxy would recognize the risks of first contact to younger races and would avoid revealing too much about themselves or their knowledge until the time was right.1-6

1. Billingham, J., Heyns, R., Milne, D., et al. Social Implications of Detecting an Extraterrestrial Civilization: A Report of the Workshop on the Cultural Aspects of SETI. Mountain View, Calif.: SETI Institute (1994).
2. Bova, Ben, and Preiss, Byron. First Contact: The Search for Extraterrestrial Intelligence New York: NAL Books (1990).
3. Christian, James, ed. Extraterrestrial Intelligence: The First Encounter. Buffalo, N.Y.: Prometheus Books (1976).
4. Dick, S. J. "Cultural Aspects of Astrobiology," paper presented at Bioastronomy 99: A New Era for Bioastronomy, Kohala Coast, Hawaii, August 2-6, 1999.
5. Harrison, Albert. After Contact: The Human Response to Extraterrestrial Life. New York: Plenum (1997).
6. Tough, Allen. "What Role will Extraterrestrials play in Humanity's Future?," Journal of the British Interplanetary Society, 39, 491-498 (1986). Abstract: Because their capacities are probably highly advanced, some extraterrestrial species may be using unobtrusive methods of observing humankind and other fledgling civilisations in the Galaxy. The amount of help they want to give to such civilisations is probably quite significant. Their help could be of three types: instant intervention to avoid a nuclear holocaust or other imminent catastrophe; long-term help in reducing grave dangers; and help in improving nondangerous spheres of life. Sooner of later, unless we extinguish ourselves first, advanced extraterrestrials will have an enormous impact on humankind. Even during the next 30 years, the probability of contact or interaction may be one in four. Given these conclusions, what should we do next? Thirteen possible strategies are outlined. The likelihood and benefits of success are estimated for each strategy; then its overall priority is rated. At present, seven of the eight highest priority strategies remain neglected and unfunded.