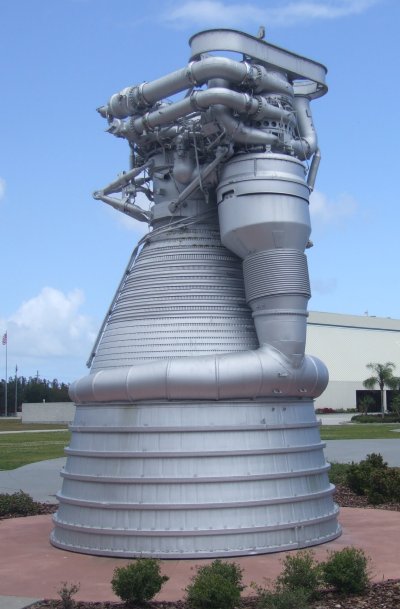 The F-1 was the largest liquid-propellant rocket engine ever built; five propelled the first stage of the Saturn V. Each F-1 could be gimbaled (swiveled), was about as big as a two-and-a-half-ton truck, developed 6.7 million newtons of thrust at sea level (as much as all three Space Shuttle Main Engines combined), and burned three tons of liquid oxygen and RP-1 (kerosene mixture) propellants every second. RP-1 served not only as the fuel for the engine but also as the turbopump lubricant and the control system fluid. A gas generator utilizing the same propellants drove the turbine, which was directly coupled to the turbopump.