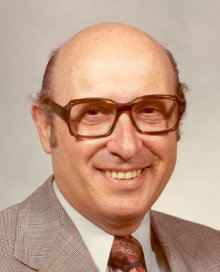 Robert Frosch was NASA's fifth Administrator, serving from 1975 to 1981 – throughout the Carter presidency. Frosch was responsible for overseeing the continuation of the development effort on the Space Shuttle. During his tenure the Enterprise underwent ground testing and the Columbia made the first free flight of the Shuttle program. Frosch earned his BS and PhD in theoretical physics at Columbia University. Between 1951 and 1963 he worked as a research scientist and director of research programs for Hudson Laboratories of Columbia University, an organization under contract to the Office of Naval Research, before joining the ARPA (Advanced Research Projects Agency), serving as Director for Nuclear Test Detection (Project Vela), and then as ARPA's deputy director. In 1966 he became Assistant Secretary of the Navy for Research and Development, and then served as Assistant Executive Director of the United Nations Environmental Program (1973–75). After leaving NASA, he became vice president for research at the General Motors Research Laboratories.