flowers of wayside and hedgerow 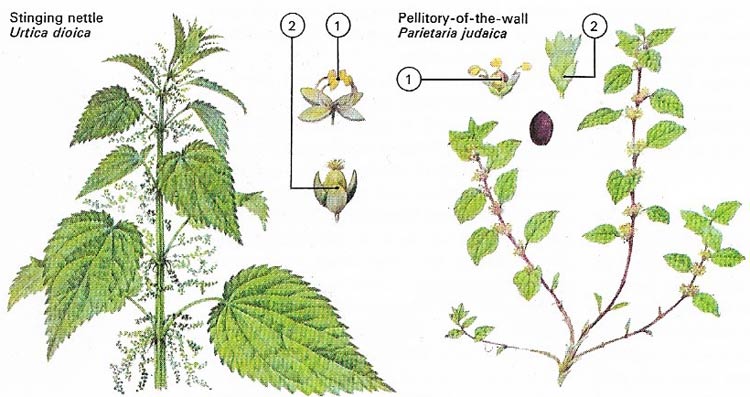 Fig 1. The stinging nettle and the pellitory-of-the-wall are two of the fewspecies of the family Urticaceae that grow in temperate regions. Each plant bears both male (1)and female (2) flowers. There are 35 species of Urtica and all of them have britle-like stinging hairs, which are long, hollow cells. The tips of these are toughened with silica and they are easily broken off. When the plant is touched the hairs penetrate the skin like surgical needles, the tips are lost, and the poison contained in the cells is released. The pellitory-of-the-wall is essentially a nettle that does not sting. Both it and the stinging nettle are used in herbal medicine as cures for rheumatism. Nettles are sometimes cooked and eaten as a vegetable, or used to make nettle beer. 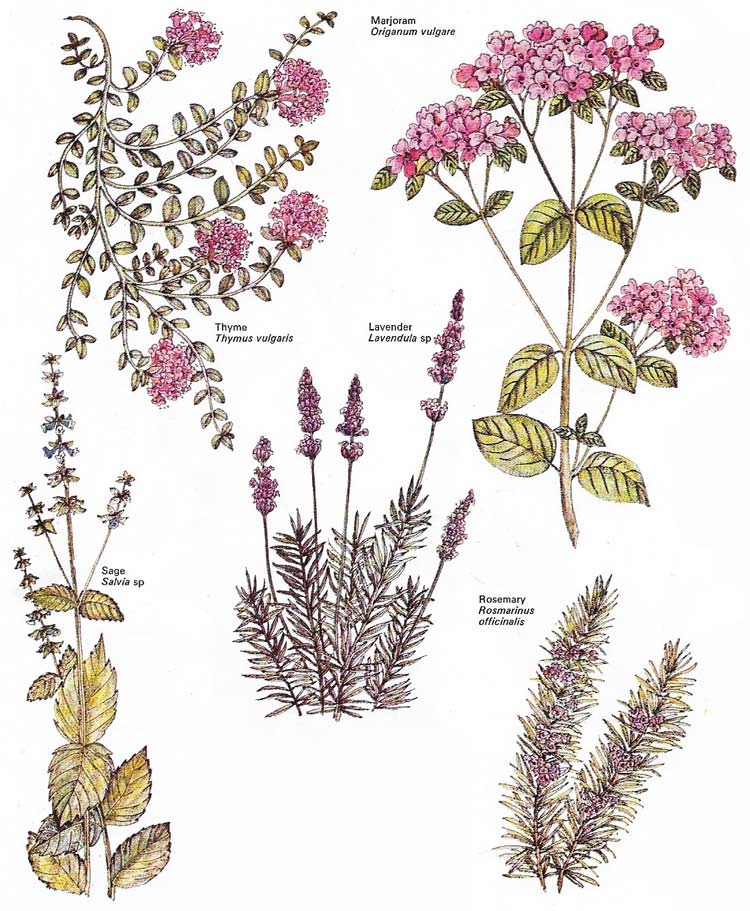 Fig 2. Many culinary herbs, such as those illustrated here, are members of the family Labiatae. Their forms vary, although members of this family can be recognized by their squarish stems and distinctively shaped flowers. Their charactersitic smell is due to the presence of aromatic oils in their leaves and stems. The oils are contained in capsules near the surface and they are released on drying or bruising. Some of these oils are used in the manufacture of perfumes. 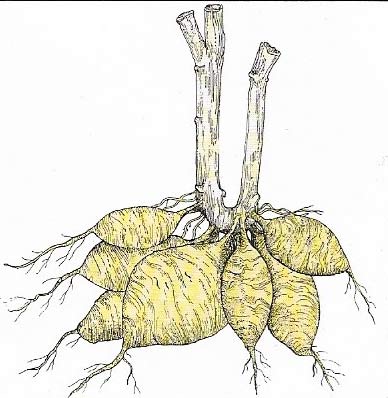 Fig 3. The dahlia tuber consists of a bunch of swollen roots. These contain food materials which the plant can use to overwinter and they also serve as a means of vegetative reproduction. 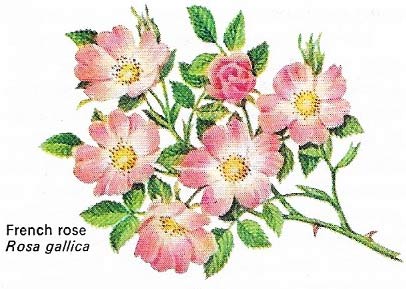 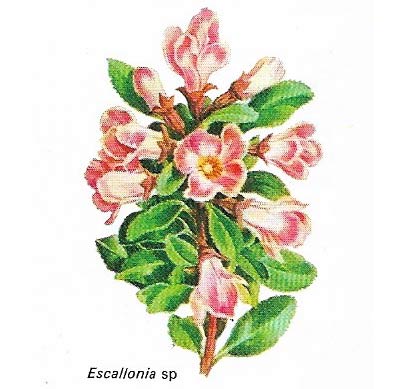 Fig 4. The French or provins rose and Escallonia, although in different families, share common grouping in the order Rosales. The French rose, from the Mediterranean, isone of the many rose species from which cultivated varieties have been derived. 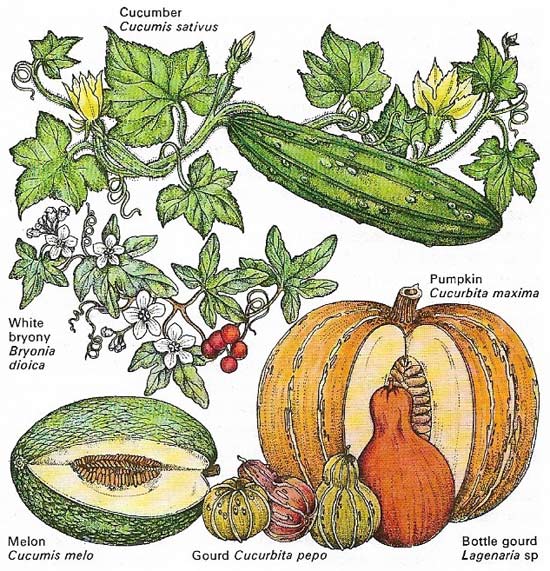 Fig 5. Large, watery fruits are a common feature of the cucumber and its relations in the family Cucurbitaceae. The plants are generally large and covered in coarse hairs and many have tendrils that help them climb and scramble. Although most of the fruits are edible, those of Bryonia are unusual in being small, red, and poisonous. Dried fruits of the gourds are used in Mexico to make musical instruments called maracas. 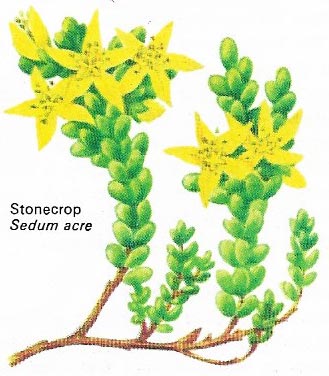 Fig 6. This stonecrop is a plant of central and eastern Europe that lives on rocky ground. It is related to the rose and often cultivated in rockeries. There are more than 500 Sedum species. 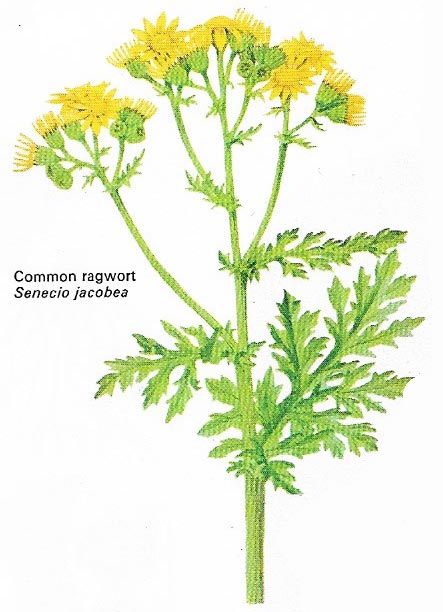 Fig 7. The common ragwort may grow as either a biennial or a perennial. It is a member of the family Compositae, grows up to 1.3 m (4 ft) high and may be harmful to sheep if eaten by them. 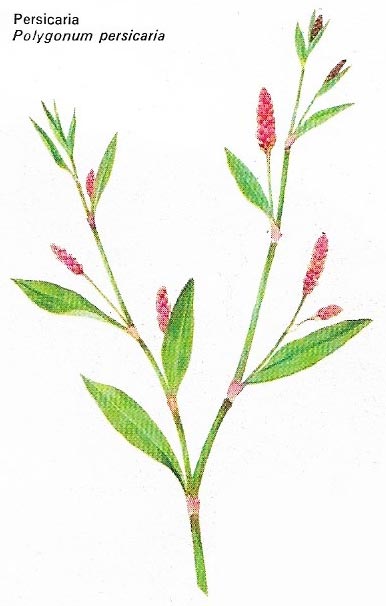 Fig 8. Persicaria is a weed that is very hard to eradicate and which is widespread on farmland. Other members of the knotweed family (Polygonaceae) include dock, sorrel, and rhubarb. 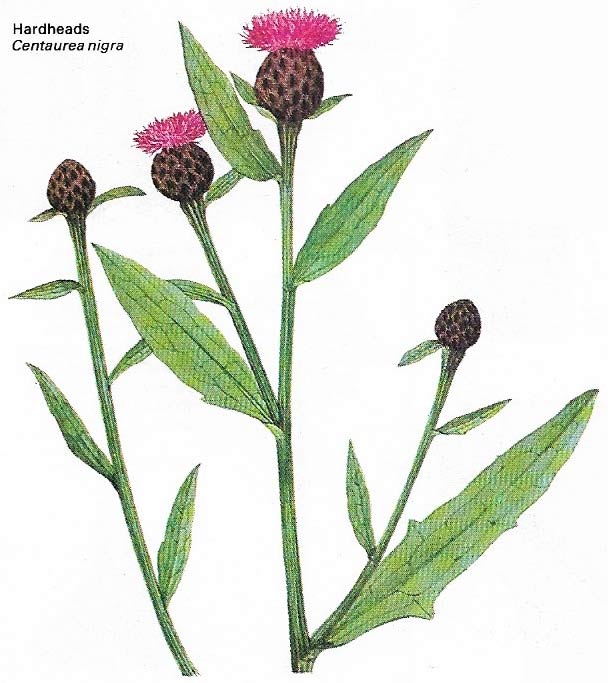 Fig 9. Hardheads, a thistle-like cornflower (family Compositae) grows asa perennial weedin grassland. Rows of large, sterile flowers often appear round the outside of the head, which is attractive to insects. 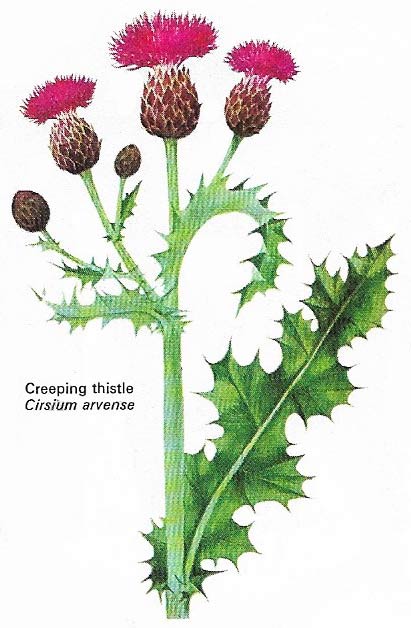 Fig 10. The creeping thistle is a weed common on waste and cultivated land. Like the dandelion it is a composite. There are about 150 species of which Cirsium whose flowers may be violet, mauve, pink, yellow, or white in color.

Of all the world's flowering plants, the non-woody members of the dicotyledon group

(plants with two seed leaves) are the most numerous. Of the total of 200,000 dicotyledon species, which are group into over 250 families, more than half are non-woody herbs. Many of these herbs are cultivated in gardens abd greenhouses in temperate regions, where they are treated as ornamental plants or asvegetables.

The largest families of dicotyledons include both familiar and useful herbs, such as the buttercups (Ranunculae); the brassicas (Cruciferae); the spurges (Euphorbiaceae); the roses (Rosaceae); the legumes (Leguminosae); the carrots (Umbelliferae); the nettles (Labiatae); the potatoes (Solanaceae); and the dandelions (Compositae).

Although many of these herbs are employed by man as foods and flavorings, many others are regarded as weeds that hamper agriculture, absorbing nourishment that otherwise crops couldtake. Most weed plants have extremey efficient reproductive mechanisms and many of them spread vegetatively as well as by means of seed.