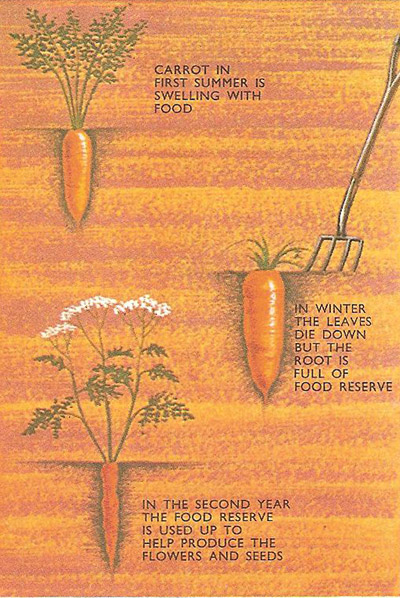 Fig 1. Storage in swollen tap roots is common in biennials such as the carrot. 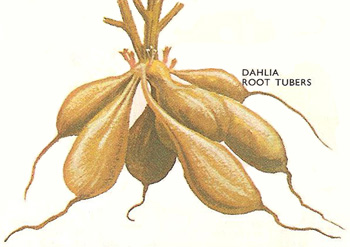 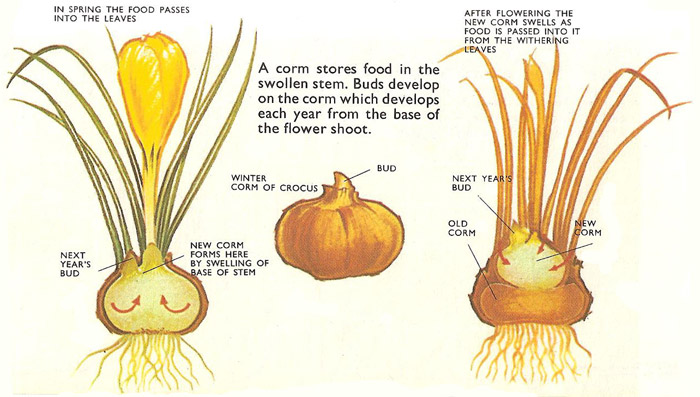 Fig 4. Food storage in a corm. 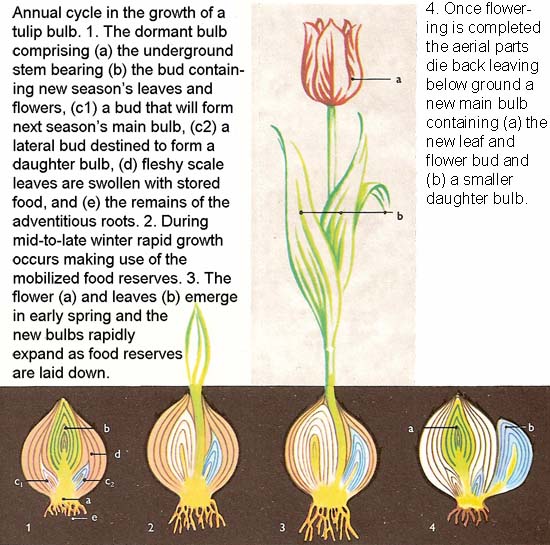 Fig 5. Annual cycle in the growth of a tulip bulb.

Some plants grow from seed, flower, and produce more seed all in one season. These are annuals and they do not store much food because it is used up straight away in forming new tissues. Other plants, however, live for two or more years. Except in tropical regions, there is a definite growing season. In winter, deciduous trees drop their leaves and the above-ground parts of many herbaceous plants die down. They must, however, have stored sufficient food to enable them to start growth in the spring. Trees store food in the tissues of the trunk and branches but many herbaceous plants have special underground storage organs. These may be modified roots or stems.

Storage in swollen tap roots is common in biennials (plants that grow and store food one year and flower and die the next). The carrot is an excellent example. By digging up the carrots at the end of the growing season, humans make use of the food that would have gone to make the next year's growth (Fig 1).

Tubers are swollen underground stems or roots that serve as organs of perennation and vegetative propagation. Some sources restrict the definition of tubers to underground stems but here we will refer to both stem and root tubers. The potato, for example, is a stem tuber. It swells at the tip of a slender underground stem (or stolon) and gives rise to a new plant the following year. In stem tubers new plants develop from the buds, or eyes, growing in the axils of the scale leaves. Stem tubers are propagated by sections containing at least one eye.

Root tubers are found in, for example, dahlias (Fig 2), the sweet potato, and the lesser celandine. They develop from tiny buds at the base of the plant. They swell as food is passed into them and remain in the ground after the aerial parts have died down. Each tuber and its bud can give rise to a new plant.

Underground stems are the most common storage organs. They vary in structure but differ from roots in the possession of scale leaves and buds. Stem tubers, as we have seen, are one type. Another is rhizomes, which are horizontal underground stems found in some vascular plants, such as mint, irises, the water-lily, and many grasses. Rhizomes do not always store food but when they do they are quite thick (Fig 3).

Rhizomes, also called rootstock, may be enlarged for storage, of accumulated starch, or may function in vegetative reproduction. They last for several years and new shoots appear each spring from the axils of scale leaves. Rhizomes differ from roots in having nodes, buds, and scale-like leaves.

Corms (Fig 4) and bulbs are both underground storage structures and are often confused. A corm is a swollen stem base containing food material and bearing buds in the axils of scale-like remains of leaves of the previous season's growth. Corms occur, for example, in crocus and gladiolus.

In bulbs, on the other hand, swollen scale leaves or the swollen bases of the previous year's green leaves contain the food (Fig 5). A bulb is a short, underground storage stem composed of many fleshy scale leaves that are swollen with stored food and an outer layer of protective scale leaves. Small buds between the scale leaves give rise to new shoots each year. New bulbs are produced in the axils of the outer scale leaves. Examples of plants producing bulbs are daffodil, tulip, snowdrop, and onion.

Seeds are, of course, supplied with food reserves that enable the young plant to establish itself until it can begin to manufacture its own food.

The most commonly stored food material is starch but sugars and proteins are also stored. Fats are frequently important reserves in seeds while the reserve of the date seed is mainly cellulose.