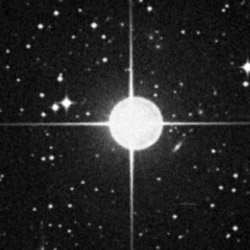 HD 134987 is a Sunlike star, also known as 23 Librae, in the constellation Libra around which has been found an exoplanet. This planet, the discovery of which was announced in 1999, orbits within its star's habitable zone at a mean distance from its host star slightly than that of Venus from the Sun.