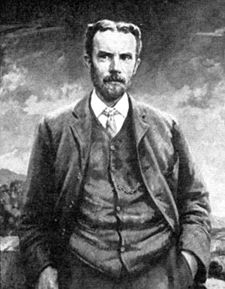 Oliver Heaviside was a British physicist and electrical engineer best known for his work in telegraphy, in the course of which he developed operational calculus, a new mathematical system for dealing with changing wave-shapes. In 1902, shortly after Kennelly, he proposed that a layer of the atmosphere was responsible for reflecting radio waves back to Earth. This, the E layer of the ionosphere, was found by Edward Appleton and others (1924), and is often called the Heaviside Layer, or Kennelly-Heaviside Layer.