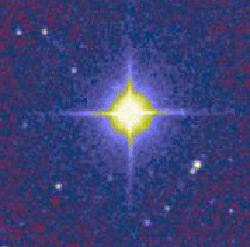 14 Herculis is an orange-yellow K-star around which an exoplanet has been found. The heavy element abundance of 14 Herculis is greater than that of the Sun and the discovery that it has a massive planet lends support to the idea that such large worlds tend to form in heavy element enriched environments. The planetary companion of 14 Herculis has a mass almost five times that of Jupiter and moves in an eccentric orbit about its host star with a period of 4.9 years. The discovery of second possible planet around 14 Herculis was announced in 2005.