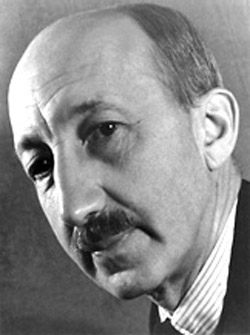 George Hevesey was a Hungarian-Swedish chemist, who was awarded the 1943 Nobel Prize in Chemistry. Co-discoverer of the element hafnium (Hf) in 1923, he was also an early researcher into the uses of radioactive isotopes, including their use of "tracers" in living tissue. In the early 1940s he fled from Germany, where he had been living, to teach in Sweden. He worked with Ernest Rutherford in England, and later with Niels Bohr in Copenhagen.