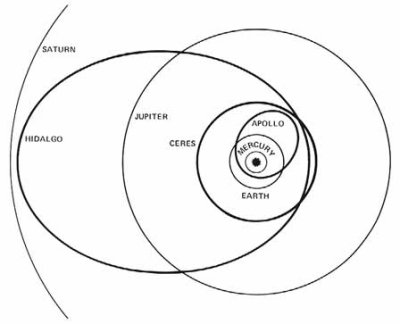 944 Hidalgo is the asteroid with the largest known orbit, the second highest inclination to the ecliptic, and the second highest eccentricity. It was discovered by Walter Baade in 1920. Hidalgo, whose perihelion lies at the inner edge of the main asteroid belt and aphelion just beyond the orbit of Saturn, moves in a chaotic orbit and is considered by some to be a defunct comet.