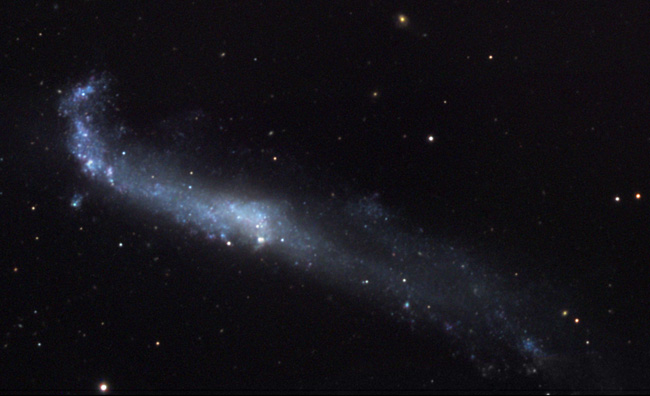 The Hockey Stick (NGC 4656) is a large spiral galaxy, discovered by William Herschel in 1787, that has been significantly distorted through interaction with its large neighbor NGC 4631 to the southeast. The bright northeastern edge of the galaxy appears offset, forming the stick's blade. A particularly bright knot in this edge has been assigned the separate NGC number NGC 4657, Herschel having cataloged it separately as H I.177. (According to some sources, the knot is a small companion galaxy.) Beyond the knot, this galaxy curves up giving it the characteristic shape.