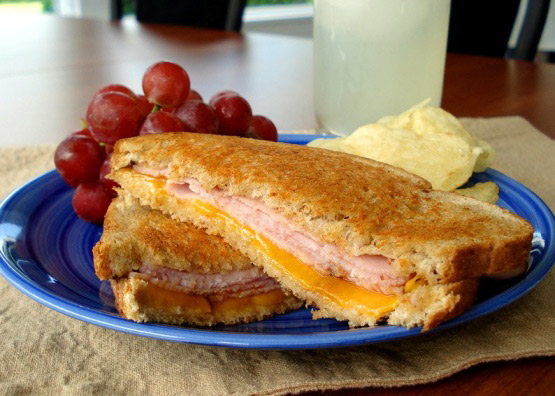 The ham sandwich theorem asserts that given a sandwich in which bread, ham, and cheese (three finite volumes) are mixed up, in any way at all, there is always a flat slice of a knife (a plane) that bisects each of the ham, bread, and cheese. In other words, however messed up the sandwich – even if it's been in a blender – you can always slice through it in such a way that the two halves have exactly equal amounts, by volume, of the three ingredients. This theorem generalizes to higher-dimensional ham sandwiches, when it essentially becomes the Borsuk-Ulam theorem: in n-dimensional space in which there are n globs of positive volume, there is always a hyperplane that cuts all the globs exactly in half.