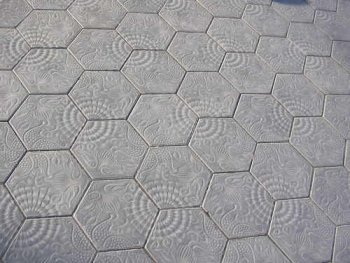 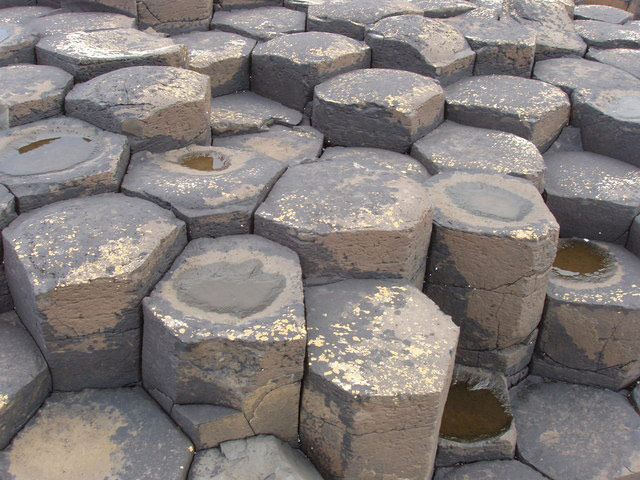 A hexagon is a polygon with six sides and six interior angles. The name comes from the Greek hex for "six" and gonia for "angle". The sum of the interior angles of a hexagon is 720°. When the sides and angles are all equal it is called a regular hexagon.

Of the three figures which can completely occupy two-dimensional space (the equilateral triangle, square, and hexagon) the hexagon contains the greatest area within a given perimeter, the proportion between the three different figures being approximately 4, 5.2, 6. It is because of this fact that bees, by making their cells of a hexagonal form, enclose the greatest space with the least expenditure of wax.

Hexagons pop up fairly commonly in nature. The hexagonal basaltic columns found, for example, at the Giant's Causeway, Country Antrim, Northern Ireland, and in many other parts of the world, resulted from rapid cooling of basaltic lava under certain circumstances. More surprising is the hexagonal cloud pattern at the north pole of Saturn, which was discovered by the Voyager mission in 1981 and imaged more clearly by the Cassini spacecraft. Various theories have been put forward to explain this phenomenon on Saturn, including the idea, supported by simulations, that a relatively slow, wandering jetstream in the same direction as Saturn's prevailing clouds could be reponsible for the pattern and its stability.