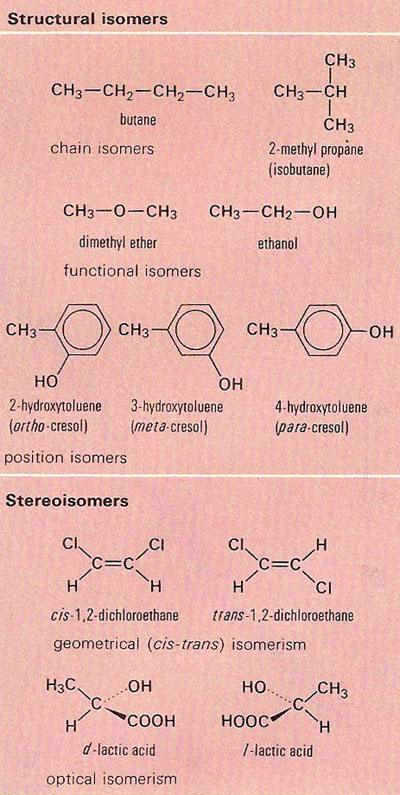 Isomers are chemical compounds having identical chemical composition and molecular formula, but differing in the arrangement of atoms in their molecules, and having different properties. Isomerism arises because the comparatively large number of atoms which make up many organic compounds can be arranged in more than one way.