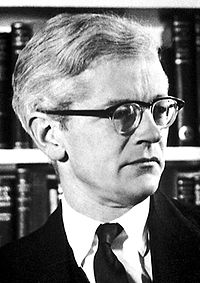 John Kendrew was a British molecular biologist who determined the structure of myoglobin, the protein that serves as an oxygen store in muscle. Kendrew worked (1948–70) at the Cambridge Medical Research Council (MRC) Laboratory. Using X-ray crystallography he was able to elucidate the arrangement of amino acids in the myoglobin helix. For this work Kendrew shared the 1962 Nobel Prize in Chemistry with Max Perutz, who worked on the structure of hemoglobin, In 1974 he became the first director of the European Molecular Biology Organization laboratory (Embl) at Heidelberg.