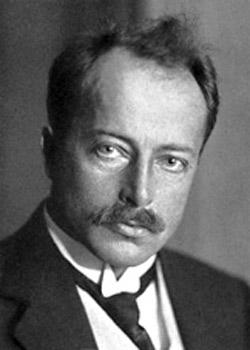 Max Laue was a German physicist awarded the 1914 Nobel Prize in Physics for his prediction (and, with others, subsequent experimental confirmation) that X-rays can be diffracted by crystals (see X-ray diffraction). Von Laue became professor at Zurich and later director of the Institute for Theoretical Physics in Berlin.

A Laue pattern is a symmetrical array of spots obtained on a photographic plate exposed to a non-homogeneous beam of X-rays after its passage through a crystal. The patterns constitute the earliest, although one of the most difficult, methods of investigating crystal structure by means of X-rays.