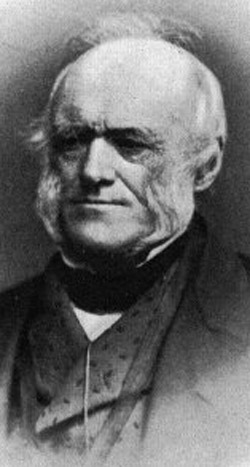 Charles Lyell was a British geologist and writer whose most important work was the promotion of geological uniformitarianism (originally developed by James Hutton) as an alternative to the catastrophism of Cuvier and others. The prime expression of these views came in his Principles of Geology (1830–1833). His other works included the Elements of Geology (1838), and Geological Evidence of the Antiquity of Man (1863). Here he expressed guarded support for Charles Darwin's theory of evolution.