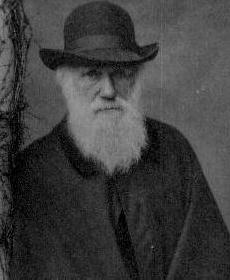 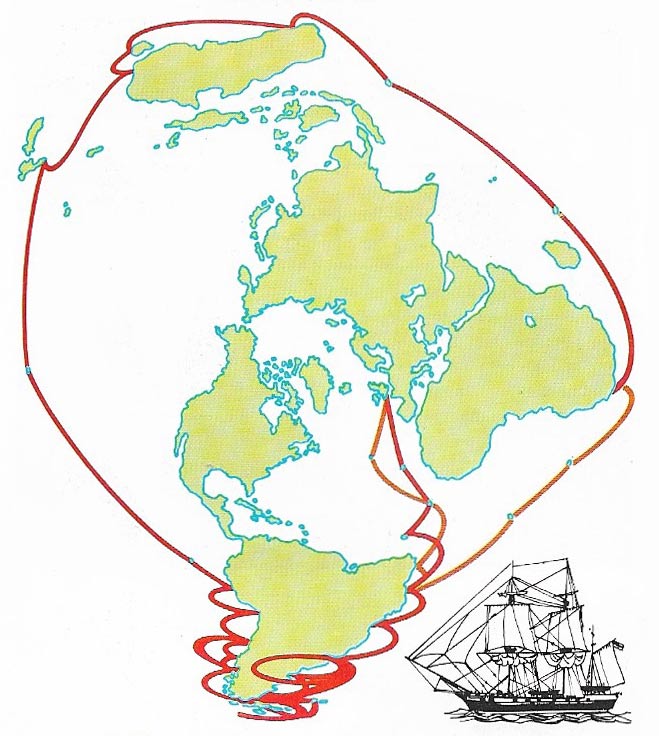 Fig 2. On December 27, 1831 Darwin set sail on board HMS Beagle at the beginning of a five-year expedition. The Beagle explored extensively around South America, and as the ship's naturalist, Darwin made an enormous collection of samples of plants, animals, and rocks. It was during the voyage of the Beagle that Darwin amassed the data that led to his theory of natural selection. 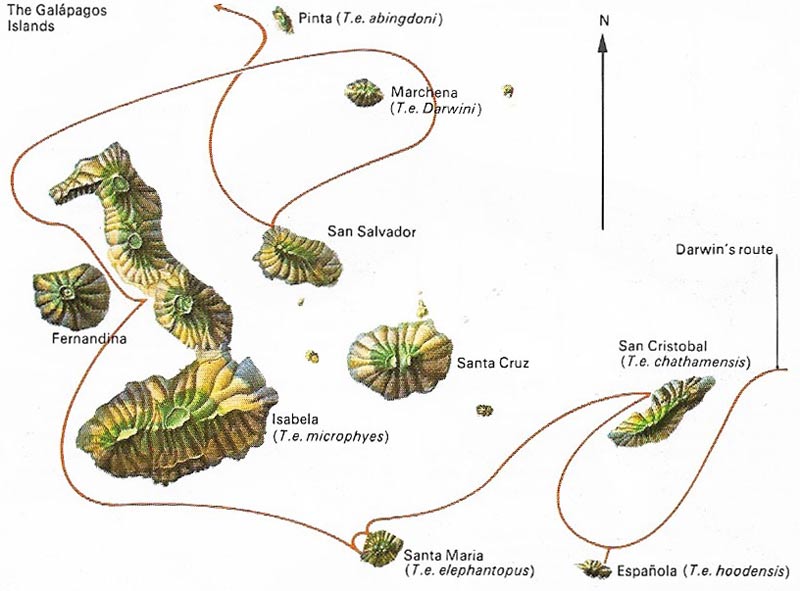 Fig 3. While on the Galapagos Islands, Darwin discovered specimens that convinced him that a new explanation was needed of the origin of species. He was especially intrigued and puzzled by the similarities and differences between the giant tortoises, Testudo elephantopus, a different sub-species of which inhabited each island, as shown.

Charles Darwin was an English naturalist who revolutionized biology with his theory of evolution through natural selection. No scientific publication in the nineteenth century started a bigger storm of protest and debate than Darwin's The Origin of Species by Means of Natural Selection (1859).

Charles Darwin was born in Shrewsbury. After attending Shrewsbury School and training for medicine at Edinburgh University, he went to Cambridge to take a degree with the idea of finally being ordained as a priest. In fact, however, on leaving Cambridge in 1831 he took up a quite different career. Darwin had long been interested in natural history and his big chance came when Captain FitzRoy of HMS Beagle offered to take him on his official surveying voyage round the world.

Between 1831 and 1836 the young Darwin sailed many thousands of miles onboard the Beagle. In the course of these travels he made many geological observations favorable to Lyell's uniformitarian geology, devised a theory to account for the structure of coral islands, and was impressed by what he saw of the geographical distribution of plants and animals. He became convinced that species were not fixed categories as was commonly supposed but were capable of variation, though it was not until he read Essay on the Principle of Population by Thomas Malthus that he discovered a mechanism whereby ecologically favored varieties might form the basis for new distinct species.

Darwin published nothing for 20 years until, on learning of Alfred Wallace's independent discovery of the same theory, he collaborated with the younger man in a short Linnean Society paper. The next year (1859) the theory was set before a wider public in his Origin of Species. The rest of his life was spent in further research in defense of his theory, though he always avoided entering the popular controversies surrounding his work and left it to others to debate the consequences of "Darwinism."

Darwin speculated, in a letter to the botanist Joseph Hooker (1871), on the possibility of a chemical origin for life:

It is often said that all the conditions for the first production of a living organism are present, which could ever have been present. But if (and Oh! what a big if!) we could conceive in some warm little pond, with all sorts of ammonia and phosphoric salts, light, heat, electricity, etc., present, that a protein compound was chemically formed ready to undergo still more complex changes, at the present day such matter would be instantly devoured or absorbed, which would not have been the case before living creatures were formed.

Recognizing, however, that the science of his time was not yet ready for such a concept, he added: