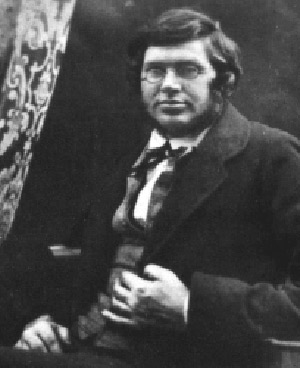 Alfred Russell Wallace was an English naturalist and independent cofounder with Charles Darwin of the theory of evolution by natural selection. He was also the first great biologist to consider in depth the possibility of extraterrestrial life. In 1858 Wallace completed a study of the development of organisms which came substantially to the same conclusions as Darwin, to whom the study had been sent. Wallace's paper, "On the Tendency of Varieties to Depart Indefinitely from the Original Type," was printed along with a paper by Darwin in the Journal of the Linnean Society.

Wallace differed from Darwin in that he regarded mankind as more than just the product of evolution and "that some higher intelligence may have directed the process by which the human race was developed."

In his influential work Man's Place in the Universe: A Study of the Results of Scientific Research in Relation to the Unity or Plurality of Worlds (1903), Wallace presented a view of the Milky Way system which was coextensive with the Universe and at the center of which lay the Sun. By a series of arguments based on this anthropocentric scheme, he deduced that the Earth and its inhabitants were unique. Even at the time, his conclusions were greeted with skepticism. Fifteen years later, with the discovery that the Sun lay in the outskirts of the Milky Way rather than at its heart, and that our Galaxy is but one of many, most of Wallace's central assumptions were shown to be false.