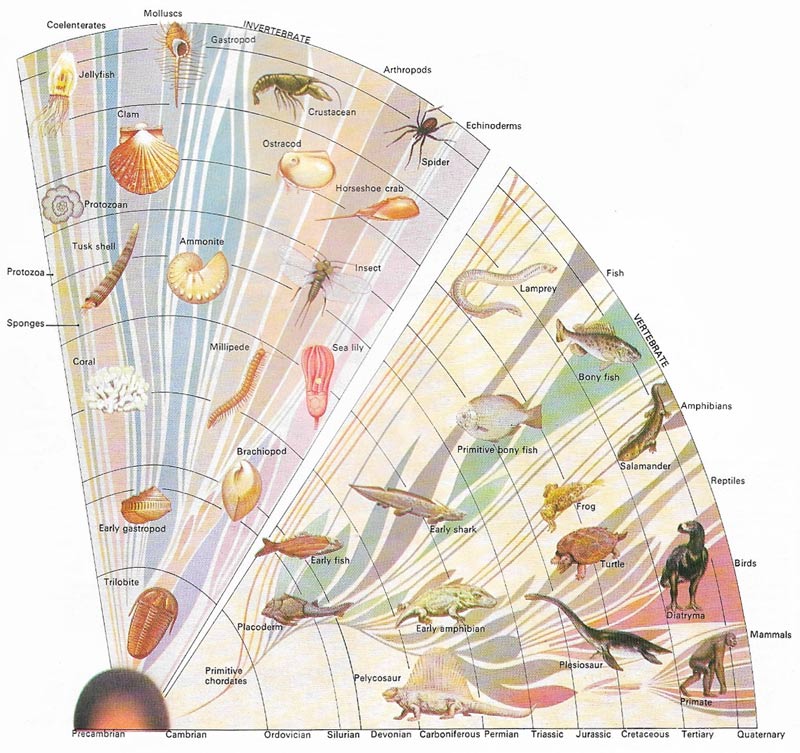 Fig 1. The evolution of animal life, only possible after plants had become established on Earth, shows successive waves of dominance of the various animal groups. Nobody really knows the reasons why some animals failed in the struggle for survival but many factors were probably involved, particularly those affecting the environment. As evolution progressed animals became not only more diverse but also more complex. There must, inevitably, have been strong competition for space and resources in which the better adapted species were most successful. The arthropods and molluscs among invertebrates, and the fish, birds, and mammals among vertebrates, were the most successful of all. 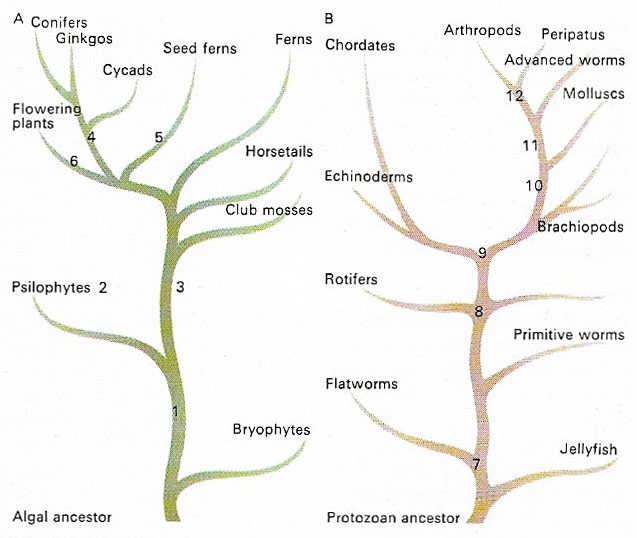 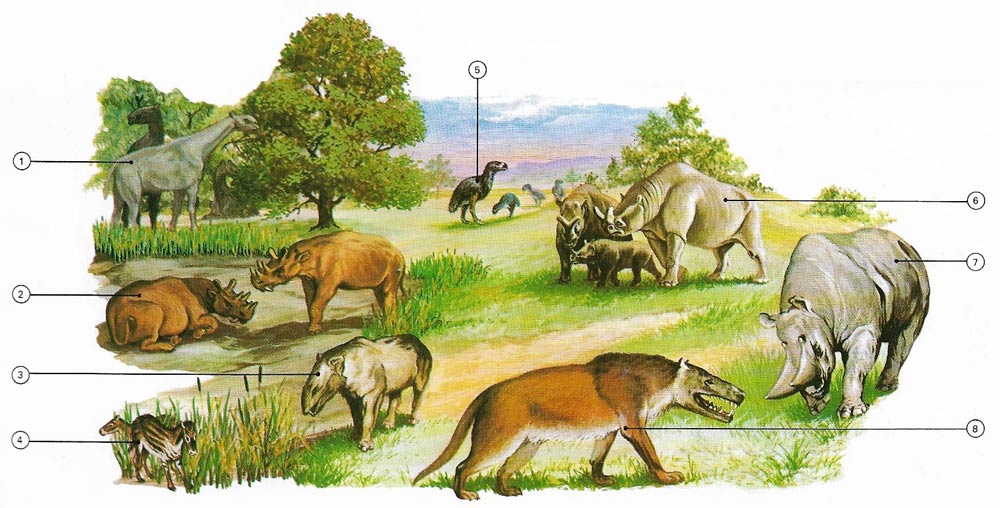 Fig 3. Mammals evolved as warm-blooded off-shoots of reptilian stock and became predominant in the Cenozoic. Before this, flowering plants also overtook other forms of vegetation and spread throughout the world. The relatives of many modern mammals can be seen among these early Tertiary forms. 1 Indricotherium. 2 Uintatherium. 3 Moeritherium. 4 Hyracotherium. 5 Diatryma. 6 Brontotherium. 7 Arsinoitherium. 8 Andrewsarchus. 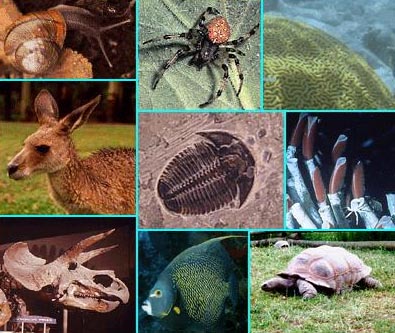 Fig 4. Life has evolved to taken on a vast array of forms.

In general, evolution is the process by which living organisms have changed since the origin of life. More specifically, in terms of genes, a change in the gene pool of a population over time. Evolution is not always discrete with clearly defined boundaries that pinpoint the origin of a new species, nor is it a steady continuum. Evolution requires genetic variation which results from changes within a gene pool, the genetic make-up of a specific population. A gene pool is the combination of all the alleles – alternative forms of a genetic locus – for all traits that population may exhibit. Changes in a gene pool can result from mutation – variation within a particular gene – or from changes in gene frequency – the proportion of an allele in a given population.


Development of the theory of evolution

The formulation of the theory of evolution by natural selection is credited to Charles Darwin, whose observations while the sailing around the world in HMS Beagle, when taken together with elements of Malthus' population theory, and viewed in the context of Lyell's theory of uniformitarianism, led to him to the concept of natural selection, but the theory also later occurred to Alfred Wallace. Other theories of evolution by the inheritance of acquired characteristics had earlier been proposed by Erasmus Darwin and Lamarck.

Darwin defended the mechanism of natural selection on the basis of three observations: that animals and plants produced far more offspring than were required to maintain the size of their population, that the size of any natural population remained more or less stable over long periods, and that the members of one generation exhibited variation. From the first two he argued that in any generation there was a high mortality rate, and from the third that, under certain circumstances, some of the variants had a greater chance of survival than did others. The surviving variants were, by definition, those most suited to the prevailing environmental conditions. Any change in the environment led to adjustment in the population such that certain new variants were favored and gradually became predominant.

The missing link in Darwin's theory was the mechanism by which heritable variation occurs. Unknown to him, a contemporary, Gregor Mendel, had demonstrated the principle of genetics and had deduced that the heritable characters were controlled by discrete particles. We now know these particles to be genes which are carried on the chromosomes. Mendel's variants were caused by recombination and mutation of the genes. Natural selection acts to eradicate unfit variants either by mortality of the individual or by ensuring that such individuals do not breed. How then can natural selection lead to the evolution of a new character? The key is that a character that is advantageous to an individual in the normal environment may become disadvantageous if the environment changes. This means that individuals that happen through variation to be well adapted to the new set of circumstances will tend to survive and thus become the norm.

Today, the evidence for evolution is overwhelming and comes from many branches of biology. For instance, the comparative anatomy of the human arm, the foreleg of a horse, the wing of a bat, and the finger of a seal reveals that these superficially different organs have a very similar internal structure, this being taken to indicate a common ancestor. Then, the study of the embryos of mammals and birds reveals that at some stages they are virtually indistinguishable and thus have common ancestors. Again, vestigial organs such as the appendix of man and the wing of the ostrich are of no use to these mammals, but in related species such as herbivores and flying birds they are clearly of vital importance. Evidently these individuals have progressively evolved in different ways from a common ancestor. The hierarchical classification of animals and plants into species, genus, family, etc. (see taxonomy) is a direct reflection of the natural pattern that would be expected if evolution from common ancestors occurred.

Again, the geographical distribution of animals and plants presents many facts of evolutionary significance. For example, the tapir is today centered in two widely separated areas, the East Indies and South America. However, it probably evolved in a single center, migrated across the world and then became extinct in many areas as habitats changed. Indeed fossils of tapirs have been found in Asia, Europe, and North America. Fossils in general provide convincing evidence of evolution. Thus, the theory of the evolution of birds indicates evolution from extinct reptiles. The fossil Archaeopteryx, a flying reptile with some bird-like features, is believed to represent a link in this development.

Every organism possesses a genome that contains all of the biological information needed to construct and maintain a living example of that organism. The biological information contained in a genome is encoded in the nucleotide sequence of its DNA or RNA molecules and is divided into discrete units called genes. The information stored in a gene is read by proteins, which attach to the genome and initiate a series of reactions called gene expression.

Every time a cell divides, it must make a complete copy of its genome, a process called DNA replication. DNA replication must be extremely accurate to avoid introducing mutations, or changes in the nucleotide sequence of a short region of the genome. Inevitably, some mutations do occur, usually in one of two ways; either from errors in DNA replication or from damaging effects of chemical agents or radiation that react with DNA and change the structure of individual nucleotides. Many of these mutations result in a change that has no effect on the functioning of the genome, referred to as silent mutations. Silent mutations include virtually all changes that happen in the non-coding components of genes and gene-related sequences.

Mutations in the coding regions of genes are much more important. Here we must consider the importance of the same mutation in a somatic cell compared with a germ line cell. A somatic cell is any cell of an organism other than a reproductive cell, such as a sperm or ovum (egg cell). A germ cell line is any line of cells that gives rise to gametes and is continuous through the generations. Because a somatic cell does not pass on copies of its genome to the next generation, a somatic cell mutation is important only for the organism in which it occurs and has no potential evolutionary impact. In fact, most somatic mutations have no significant effect because there are many other identical cells in the same tissue.

We just discussed that new alleles appear in a population because of mutations that occur in the reproductive cells of an organism. This means that many genes are polymorphic, that is, two or more alleles for that gene are present in a population. Each of these alleles has its own allele or gene frequency, a measure of how common an allele is in a population. Allele frequencies vary over time because of two conditions, natural selection and random drift. Another important cause of genetic drift is the founder effect, the difference between the gene pool of a population as a whole and that of a newly isolated population of the same species.

Neo-Darwinism is the modern version of Darwin's theory of evolution by natural selection, which incorporates genetic theory. It makes use of current understanding of genes and chromosomes to explain the source of the genetic variation upon which selection works.