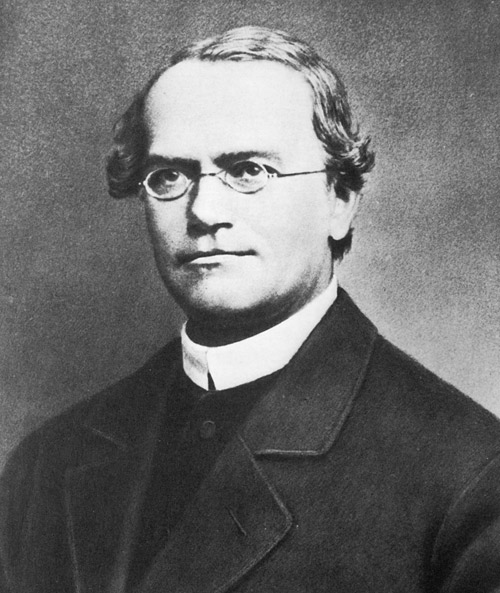 Gregor Mendel was an Austrian botanist and Augustinian monk who laid the foundations for the science of genetics. Mendel's controlled experiments with breeding peas in the monastery garden led him to conclude that the units of heredity, what he called "factors" and we now know as genes, were not blends of parental traits but separate physical entities passed individually in specific proportions from one generation to the next. His study was published in Experiments with Plant Hybrids (1866). See also Mendelian inheritance.

Mendel found that self-pollinated dwarf pea plants breed true, but that under the same circumstances only about a third of tall pea plants did so, the remainder producing tall or dwarf pea plants in a ratio about 3:1. Next he cross-bred tall and dwarf plants and found this without exception resulted in a tall plant, but one that did not breed true. Thus, in this plant, both tall and dwarf characteristics were present. He had found a mechanism justifying Charles Darwin's theory of evolution by natural selection; but contemporary lack of interest and his later, unsuccessful experiments with hawkweeds discouraged him from carrying this further. It was not until 1900, when William Bateson, Carl Correns, Erich von Tschermak, and Hugo de Vries found his published results, that the importance of his work was realized.