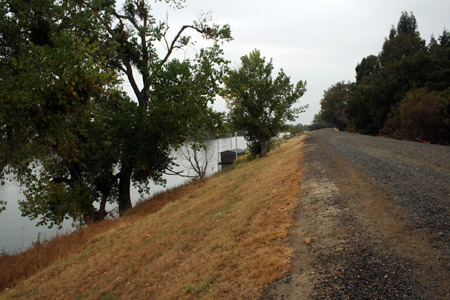 A levée is a natural embankment formed alongside a river by the deposition of silt when the river is in flood. Silt is deposited all over the flood plain, but most is deposited near to the river banks, and so a slightly higher area is created alongside the river. Levées can help to prevent flooding, and are sometimes built up and strengthened artificially. Some levées grow so large that flood water cannot return to the main channel. When this happens, the river may change course. On some larger rivers, such as the Mississippi levées may reach heights of 15 m (50 ft).