Fig 1. Log tables can be used to multiply or divide numbers. 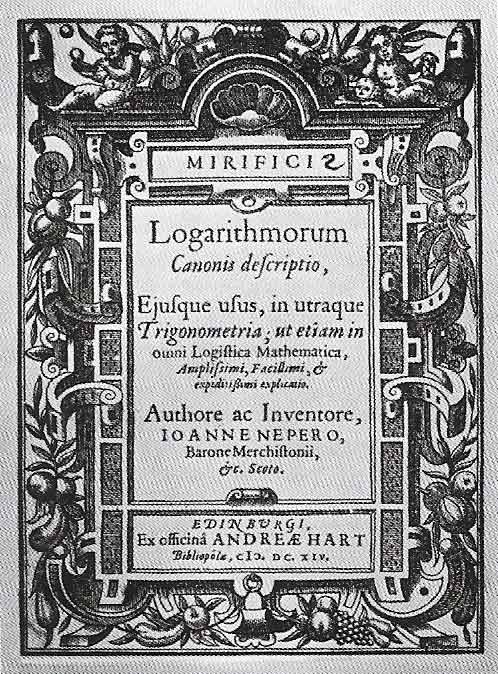 Fig 2. The title page of the 1614 edition of Mirificia Logarithmorum Canonis Descriptio. The book discussed theorems in spherical trogonometry and introduced natural logarithms.

In Mirificia Logarithmorum Canonis Descriptio (Description of the Wonderful Rule of Logarithms), published in 1614, Scottish mathematician John Napier introduced a concept that was to explode the possibilities of research in physics, mathematics, geography, and astronomy: the logarithm (Fig 2).

Napier's name for his new mathematical figure belies its purpose: logos in Greek can be understood as "proportion", and arithmos as "number". Logarithms, then, are numbers that indicate ratios. Logarithms allow mathematicians, scientists, engineers, and navigators to perform mathematical calculations more efficiently; instead of completing manifold monotonous multiplication calculations, a researcher could employ logarithmic tables and slide rules to solve a mathematical question quickly. Mathematicians such as Henry Briggs, Nicolas Mercator, John Speidwell, and Leonhard Euler expanded upon Napier's concepts to develop the logarithmic form and rules that are still employed throughout the world in the present day.

The applications of the logarithm are far-reaching and critical. Logarithms simplify mathematics in fields such as astronomy, surveying, navigation, and physics, and so scientific discovery and innovation advanced more quickly than they might have without their aid. Researchers and practitioners continue to express ideas in logarithmic scales. For example, musical tones and intervals are expressed in logarithms, and Hick's law, which proposes a logarithmic relation between the time people take in making a choice and the number of choices they are presented with, is founded upon logarithms. Even though they might not be conscious of the exact calculations, humans use logarithmic reasoning in considering risk assessment: which issues they ought to be concerned with, and which are relative long shots. Logarithms also appear in studies of entropy, statistics, and information theory.

A logarithmic curve is the plotting of a function of the form f(x) = log x (i.e., a logarithmic function).