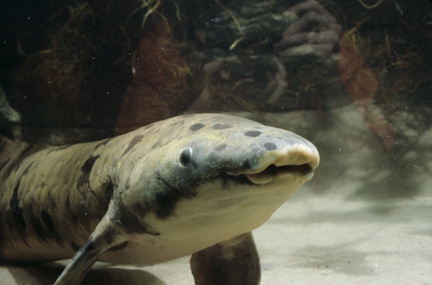 A lungfish is a member of the subclass Dipnoi of the Osteichthyes that contains a large number of fossil forms and three living freshwater groups, found in Africa, South America, and Australia respectively. As their names suggests, the lungfish have lungs, organs not found in any other living fish. The African and South American lungfish are unusual in their ability to enter a state of dormancy known as aestivation, in which they wrap themselves in cocoons of mud during droughts.