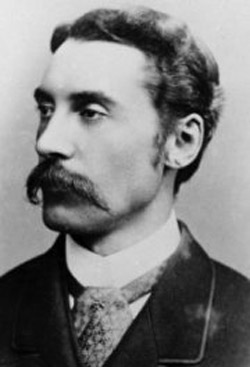 Percy MacMahon was a British mathematician, physicist, and naval officer, born into a military family, whose leanings were evident early on when as a young child he showed a fascination with the way artillery was stacked. MacMahon later did work on missile trajectories, taking resistance into account, and on symmetric functions in the field of combinatorics, building on the results of James Sylvester and Arthur Cayley.

His studies in symmetry led him to investigate partitions and to become a world authority on Latin squares. He wrote a two-volume treatise Combinatory Analysis (1915–16), which became a classic, and a book on mathematical recreations called New Mathematical Pastimes (1921).1 The latter shows another of the topics that intrigued MacMahon: the construction of patterns that can be repeated to fill the plane. However, much to his regret, as he wrote in the Preface, "It has not been found possible to produce the book in colour."

The Thirty Colored Cubes puzzle is a game devised in 1921 by Percy MacMahon, which was marketed under the name 'Mayblox.' It is played with 30 cubes that have all possible permutations of six different colors on their faces. A number of different games can be played with the blocks. One is to choose a cube at random and then choose seven other cubes to make a 2 × 2 × 2 cube with the same arrangement of colors for its faces as the first chosen cube. Each face of the 2 × 2 × 2 cube has to be a single color and the interior faces have to match in color. After building one such cube, only one other with the same properties can by made from the remaining 22 cubes – the mirror image of the first.

The concept of color-matching tiles based on all the permutations of colors on their edges dates from 1926, when MacMahon invented and introduced Three-Color Squares and Four-Color Triangles as mathematical pastimes.

MacMahon divided squares and triangles into triangles to give each edge of a piece its own color, in all possible combinations. Each set contains 24 different tiles, and MacMahon discovered that they could form a single figure with all adjacent edges matching and just one color all around the outside border.