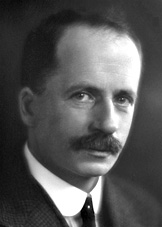 John Macleod was a Scottish physiologist who shared with Frederick Banting the 1923 Nobel Prize in Physiology or Medicine for his role in the isolation of insulin and studies of its use in treating diabetes. The actual discovery of insulin was made by Banting and Charles Best working in Macleod's laboratory at the University of Toronto. Macleod's works include Diabetes (1913) and Carbohydrate Metabolism and Insulin (1926).