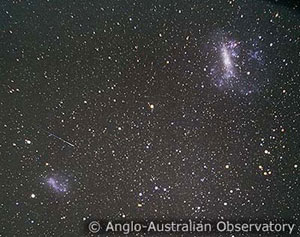 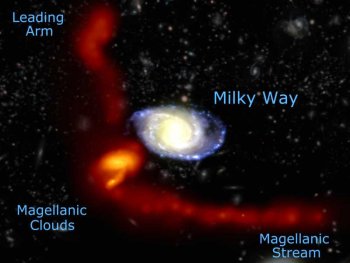 Fig 2. Image from a simulation of the gas in, and streaming from, the Magellanic Clouds. Simulation by Daisuke Kawata, Chris Fluke, Sarah Maddison, and Brad Gibson, Swinburne University of Technology, Australia.