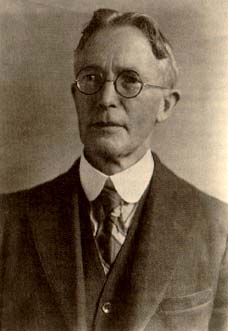 William Matthew was a paleontologist at the American Museum of Natural History in New York (1895–1926) who later became Professor of Paleontology and head of the Paleontology Department at the University of California, Berkeley. Matthew cast doubt on the view expressed by some astronomers that life might be common in the Universe. He found it "noticeable that, as usual, the astronomers take the affirmative and the biologists the negative side of the argument"1 and was certainly not alone among biologists in believing that the origin of life had come about as a result of "some immensely complex concatenation of circumstances so rare that even on earth it has occurred probably but once during the eons of geological time," a view first expressed by Alfred Russell Wallace. This cautious attitude, emphasizing the difficulty in understanding how life came about even on our own planet, partly explains why biologists failed to join astronomers in debating the subject of extraterrestrial life until the 1950s with the dawn of the Space Age and the search for more universally applicable principles in the life sciences (see evolutionary theory and extraterrestrial life). On the subject of extraterrestrial intelligence, Matthew thought that, if it existed at all:

... it probably – almost surely – would be so remote in its fundamental character and its external manifestations from our own, that we could not interpret or comprehend the external indications of its existence, nor even probably observe or recognize them.