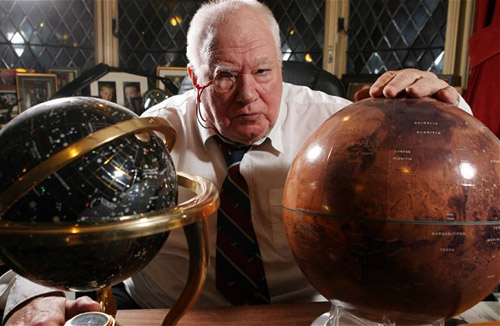 Patrick Moore was an English amateur astronomer who gained worldwide fame for his half-century presenting of BBC's Sky At Night program, his many books, and his expertise in lunar cartography which led him to be a key commentator, in Britain, on the Apollo 11 Moon landing. An eccentric and exceptionally strong-minded individual, Moore served in Bomber Command during World War II, having lied about his age (16) and subsequently rejected the chance to study at Cambridge, citing his wish "to stand on my own two feet". His first book, Guide to the Moon was published in 1952. Five years later, he presented the first Sky At Night, on the subject of Comet Arend-Roland. From 1969 on he lived in Selsey, Sussex.