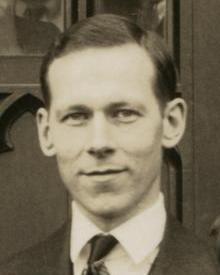 Robert Mulliken was a US chemist and physicist awarded the 1966 Nobel Prize in Chemistry for his fundamental work on chemical bonds and the molecular orbital theory. Mulliken studied at the Massachusetts Institute of Technology and the University of Chicago, becoming professor at the latter in 1937. He later worked on the development of the atom bomb and devised a scale of electronegativity of the elements.