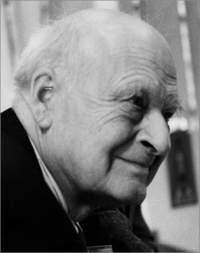 Lars Onsager was a Norwegian-born American chemist awarded the 1968 Nobel Prize in Chemistry for his fundamental work on irreversible chemical and thermodynamic processes. In 1931 Onsager presented an explanation of the motion of ions in solution which, although it received little attention at the time, has since been called the fourth law of thermodynamics. From this theory, Onsager developed a technique for producing uranium-235 (the basic fuel of nuclear reactors) from natural uranium (which consists mainly of uranium-238). This technique was put into large-scale operation at Oak Ridge, Tennessee, and remained the primary method for obtaining uranium-235 until the 1960s.