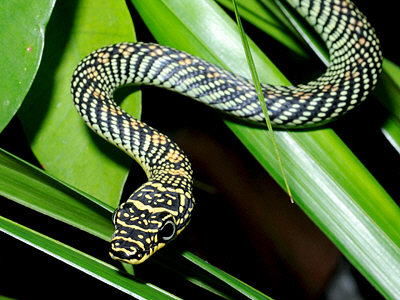 The Ophidia are a suborder of reptiles that includes the snakes. Snakes have elongated bodies and lack limbs although traces of them may be found internally in some species. The skull is modified to enable large prey to be swallowed whole. Prey is often killed or stunned by venom which is responsible for the fear accorded to many species by man.