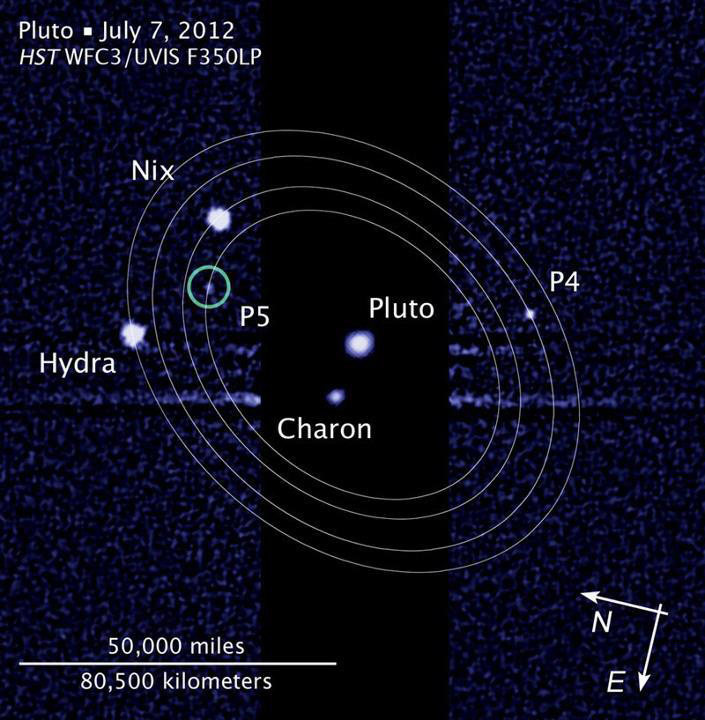 The latest moon to be found, P5, is 9 to 24 km (6 to 15 miles) across and moves in a circular orbit, about 47,000 km (29,500 mi) in radius, between the orbits of Charon and Nix. It was discovered during a telescopic survey of the Pluto system for potential hazards to the New Horizons probe which arrives at the dwarf planet in three years time.