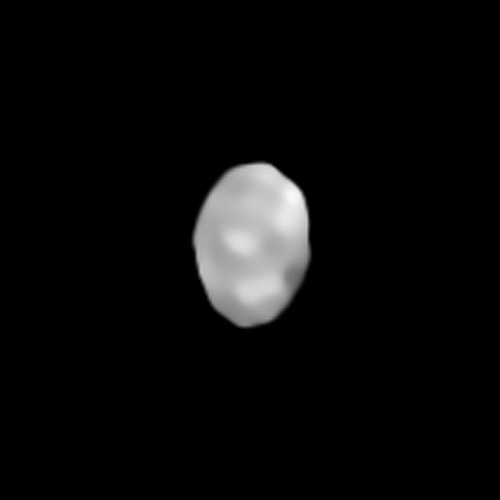 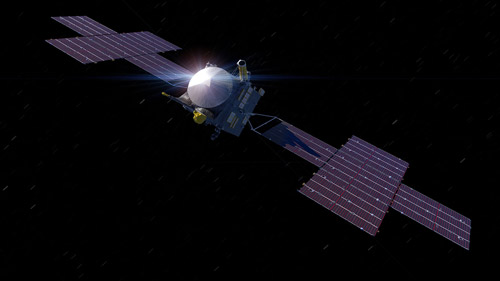 Fig 4. Artist's imprssion of the spacecraft in orbit around Psyche

16 Psyche is a large M-type asteroid, meaning that is has an unusually high concentration of metals, especially iron and nickel. It was discovered by the Italian astronomer Annibale de Gasparis, working in Naples, on 17 March 1852, and is named after the mythological figure Psyche, a beautiful princess who became the Greek goddess of the soul. The prefix "16" indicates that it was the sixteenth minor planet to be discovered.

Psyche is the largest and most massive of the M-type asteroids, and one of the dozen most massive asteroids. It has a mean diameter of approximately 220 km (140 miles) and contains about one percent of the total mass of the asteroid belt. Historically, it was hypothesized to be the exposed core of a protoplanet, but recent studies have all but ruled that out. Psyche is the target of an eponymously-named spacecraft, which is scheduled to be launched in 2022, arrive in early 2026, and carry outobservations from orbit in 2026–2027.

Several possible origins have been proposed for Psyche. The earliest of these was that Psyche is an exposed metallic core resulting from a collision that stripped away the crust and mantle of an originally larger differentiated parent body some 500 km in diameter. Other versions of this include the idea that it was not the result of a single large collision but multiple relatively slow sideswipe collisions with bodies of comparable or larger size. However, this idea has fallen out of favor as recent mass and density estimates are inconsistent with a remnant core.

A second hypothesis is that Psyche was disrupted and gravitationally re-accreted into a mix of metal and silicate. In this case, it may be a candidate for the parent body of the mesosiderites, a class of stony-iron meteorites.

A third hypothesis is that Psyche may be a differentiated object, like Ceres and Vest, but has experienced a type of iron volcanism – ferrovolcanism – while still cooling. If true, this model predicts that metal would be highly enriched only in those regions containing relic volcanic centers. This view has been bolstered by recent radar observations.

NASA's Psyche spacecraft is scheduled for launch in August 2022 and arrival at the asteroid, three and a half years later. It will then go into around around Psyche and carry out 21 months of observations.

The spacecraft is equiped with four science instruments. The Multispectral Imager will provide high-resolution images using filters to discriminate between metallic and silicate constituents. The Gamma-ray and Neutron Spectrometer will analyze and map the asteroid's elemental composition. The Magnetometer will measure and map the remnant magnetic field of the asteroid. The X-band Gravity Science Investigation will use the X-band (microwave) radio telecommunications system to measure the asteroid's gravitational field to and thereby shed light on the asteroid's internal structure.