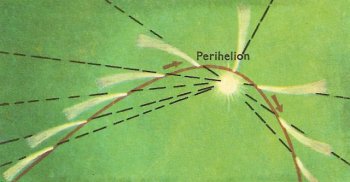 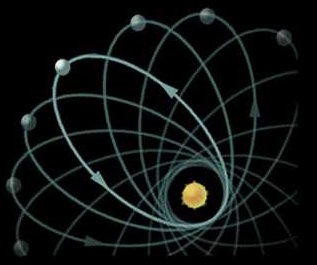 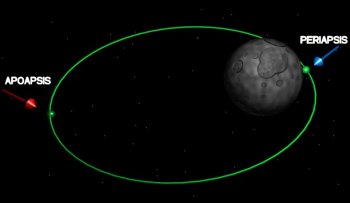 The perihelion is the point in the solar orbit of a planet, comet, or other object when it is nearest to the Sun (Fig 1). The perihelion distance is the distance between the object and the Sun at this point. The time of perihelion passage is the time at which an object is at perihelion.

The advance of perihelion is the slow rotation of the major axis of a planet's orbit in the same direction as the revolution of the planet itself, due mainly to gravitational interactions with other planets (Fig 2). A small additional advance of the perihelion of Mercury, by 43 arcsec per century, was eventually explained as an effect of the general theory of relativity.

In the case of close binary stars, the advance of pericenter may additionally be caused by mass transfer and the stars' distorted (elliptical) shapes. Advance of perihelion (or pericenter) is also known as apsidal motion.

The aphelion is the point in the orbit of a planet, or other object in the Solar System, which is furthest from the Sun.

An apsis is either of the points in the orbit of a celestial object that is closest to (periapsis) or farthest from (apoapsis) the body being orbited (Fig 3). Special names are given to these points for commonly referenced systems, including periastron and apoastron (in the case of stars), perigee and apogee (in the case of Earth), and, as in the case of the Sun, as described above, perihelion and aphelion.