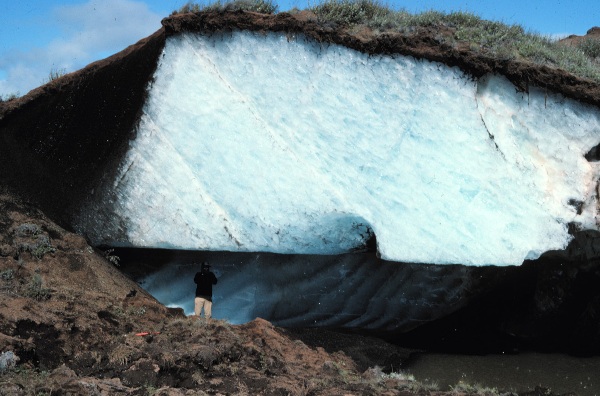 Permafrost is permanently frozen ground, typical of the treeless plains of Siberia (tundra), though common through arctic, sub-arctic, and antarctic regions on Earth to a depth of as much as 600 m. While the top layer of soil heats up in the summer, permafrost exists in deeper layers where the summer heating fails to melt the frozen ground. A continuous layer of permafrost is found in areas where the annual mean temperature is below about -5°C (23°F).

Permafrost also exists in the upper part of the crust on Mars.