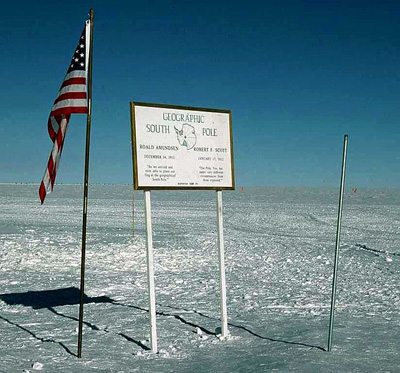 In the case of Earth, the geographical north and south pole are the two points on Earth's surface through which the planet's rotation axis passes.

The north and south celestial poles are the two points on the celestial sphere about which the stars seem to revolve.

The South Pole is the point in Antarctica through which passes Earth's axis of rotation. It does not coincide with Earth's South Magnetic Pole. The South Pole was first reached by Roald Amundson on December 14, 1911.