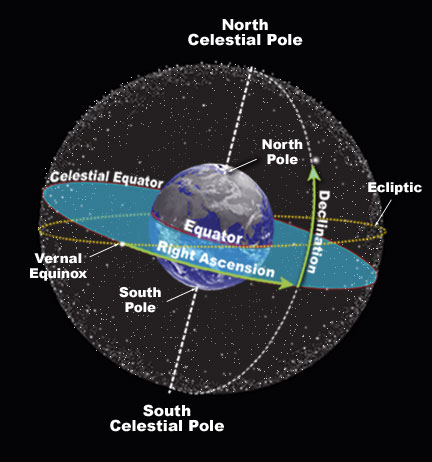 An hour circle is a great circle on the celestial sphere that passes through a celestial object and the north and south celestial poles. Everywhere on an hour circle the right ascension is the same.