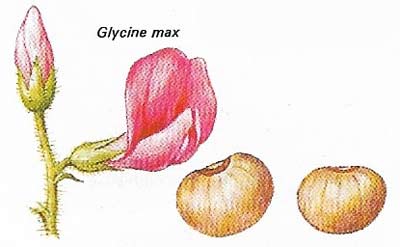 Fig 1. The flowers of the soya bean can vary from pure white to light purple. The beans themselves are yellow, brown, or black, depending on the variety. The crop is now grown on a vast scale in the US, but it is not high-yielding producing less than two tons of dried beans to the hectare. The soya bean is today the largest source of vegetable oil and protein meal in the US. 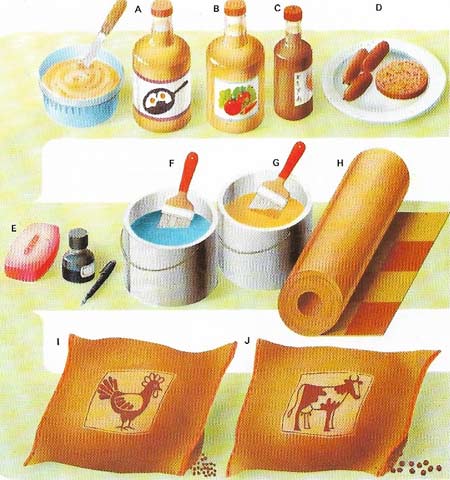 Fig 2. The versatility of the soya bean as a vegetable means it can be put to almost any use, ranging from direct consumption in less-favored areas to sophisticated industrial uses in developed nations. Products made from it include bean curd (A); vegetable oils (B), which are used in cooking and are refined for the manufacture of margarine; soya sauce (3) a fermented flavoring that is used in Oriental cooking; and texturized vegetable protein (D). The oil is also used in soap manufacture (E) and for inks, cosmetics, dyes, paints (F) varnishes (G) and glues. It is also processed into lacquers used in coloring floor coverings (H). When the oil is crushed from the bean a high-protein meal remains. Once pressed, this can be fed directly to animals Ill or incorporated with cereals into livestock rations (J). 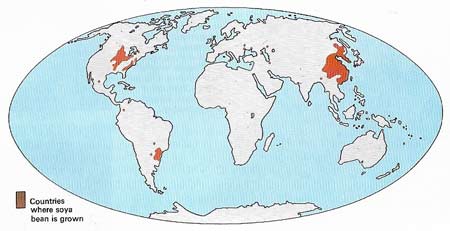 Fig 3. Cultivation of soya beans has spread in response to the increasing world demand for protein. The main areas are the US, with more than half of world production, and the Far East, notably China, Japan, and Korea. The crop is spreading into parts of South America, especially Brazil, and into developing African states. As new varieties resistant to colder climates become available, more soya will be grown in Europe and northeastern Asia. 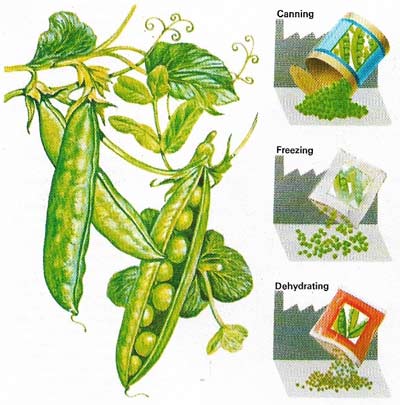 Fig 4. The garden pea (Pisum sativurn) is eaten all year round. The crop is grown on a field scale with planting dates staggered to allow steady harvesting for processing. For canning, freezing and dehydrating the peas are taken into the factory within two or three hours of harvesting. For canning they are washed, sorted and put into tins before cooking. For freezing, they are sorted, graded and blast-frozen. The whole process takes only about 20 minutes. The dehydration or freeze-drying technique is even quicker. All the water is extracted from the peas, which then have to be rehydrated by soaking before they are used as food. 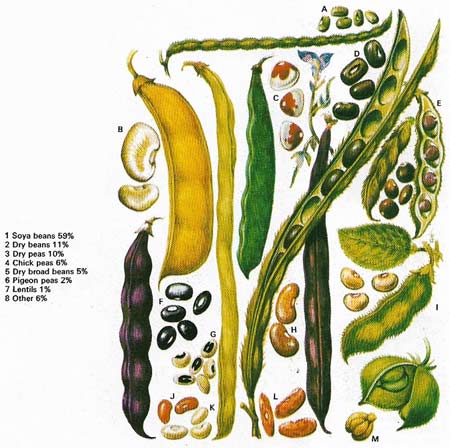 Fig 5. Peas and beans are vital parts of the staple diet in many parts of the world, whether for human consumption or as a prime feed protein for cattle. This international selection of peas and beans includes green gram or mung beans (A); butter beans (B); pea beans (C); black gram beans (D); pigeon beans (E); lablab beans (F); the traditional American black-eyed peas (G); purple-coated kidney beans (H); soya beans (I); the brown and the white haricot bean (J, K), both varieties of the species Phaseolus vulgaris; scarlet runner beans (L); and chick peas (M), known as garbanzos in the Americas. 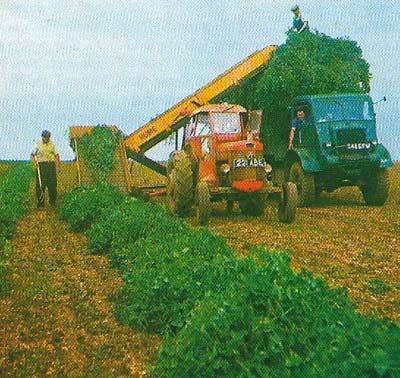 Fig 6. The pea-viner harvests the crop ready for processing. The peas are separated by the viner from the vines and pods and are delivered to a collecting chamber from where they are transferred to boxes for transport to the factory.

A pulse is an edible seed produced by a leguminous plant, such as a pea or bean, and a general name for any plant yielding such a seed. All commercially grown pulse ares legumes, members of the family Leguminosae. Generally, peas and beans can be eaten raw, but there is one major exception, the soya bean.

Soya beans were first cultivated in China more than 4,000 years ago and today they are still one of the main sources of vegetable protein for people living in the Far East; elsewhere they are used mainly as food for animals. More than half of the world's annual crop of 50 million tons is now grown in the United States. But large areas of soya beans are still cultivated in China, Japan, and parts of Russia as well as in South America (Fig 3).

The importance of soya beans has now spread from the Eastern countries to the West. In the United States the main production area is in the eastern and middle eastern states where the crop is intensively cultivated by grain farmers, who can use the same harvesting and storage equipment for the crop. They use for wheat and barley. The crop is gradually being developed in more northerly latitudes as plant breeders introduce varieties that can resist cold climates. Parts of Europe, especially southern France, Italy and Spain: now produce soya beans, and crops have been tried experimentally in Britain and Sweden. It is expected that varieties suitable for cultivation in northern Europe will be available by the 1980s.

Major livestock-producing nations use vast quantities of soya beans either ground or, more usually, crushed. Crushed soya beans yield large amounts of oil, which is used in the manufacture of margarine and cooking oils and, in a refined form, to make varnishes and other industrial products (Fig 2).

Soya beans are used to make texturized vegetable proteins, also known as meat substitutes. Other legumes, such as field beans and field peas (Fig 5), can be used in a similar way. The protein content is separated from a flour produced by milling beans or peas. This flour is then extruded into a thin silk-like thread which is woven mechanically to produce a solid form. The technology has now become so advanced that imitations of meat, fish and other natural foods can be manufactured. As animal proteins become more expensive to produce, such texturized vegetable substitutes will become relatively cheaper and may become part of a nutritious everyday diet for much of the world's population.

The most important pulse crop grown in cool temperate zones is the pea (5). Large areas are planted in Europe, the United States and Canada and in parts of the Southern Hemisphere with similar climates, such as New Zealand. The pea came originally from Asia, from the region lying between the Mediterranean and the Himalayas. It reached China from Persia about AD 400 and was introduced into the United States during the earlier years of colonization.

Peas have several uses. In most industrialized countries they are eaten either fresh or in some processed form – usually either canned or frozen. New techniques involving quick freezing of the crop within hours of its being harvested have widened its potential market and peas are now eaten all the year round. Some varieties are not harvested in the fresh, immature state, but are left on the field to ripen and dry. They are then harvested with combine harvesters in much the same fashion as grain crops. They are dried further during storage and either sold dry, or soaked and canned as "processed" peas. Britain has traditionally imported Alaskan peas from North America for canning in this way but now new varieties have been developed and the American trade has diminished.

Dwarf french beans are another important legume for the crop farmer and they are grown in the same areas as peas. The crop is also either eaten fresh or processed by canning or freezing.

Pea and bean crops are especially important to crop farmers because most do not need to have extra nitrates added to the soil to aid their growth. As leguminous plants, they have the ability to "fix" nitrogen from the air in small nitrate nodules that form on the roots of the plants (with the help of symbiotic bacteria). In this way they increase the fertility of the soil for the following crop in the arable rotation. The dwarf french bean is an exception to this general pattern in that it needs the addition of inorganic nitrogen to produce an economic yield.


Other edible pods and beans

Many other members of the bean family are common as garden plants grown for home consumption (6). Scarlet runner beans, which are picked when immature and can be eaten fresh, frozen or canned, broad beans and various types of haricot beans belong to this category. Black-eye peas and mung beans, however, form staple diets in the areas of the world in which they proliferate. One of the earliest cultivated legumes is the lentil, a native plant of Asia and a traditional source of vegetable protein throughout Middle Eastern countries.

One other bean which is widely grown in the United States and very popular in Britain is the navy bean, a variety of the same species as the dwarf french bean. It is imported into Britain in the dry harvested state and is then processed and canned into the familiar baked bean, usually in a tomato-flavored sauce.