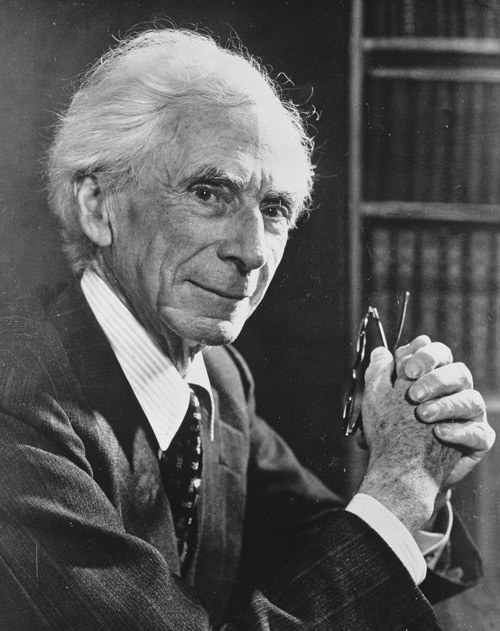 Bertrand Russell was a British philosopher, mathematician, and logician who rose to prominence with his first major work, The Principles of Mathematics (1902), in which he attempted to remove mathematics from the realm of abstract philosophical notions and to give it a precise scientific framework. Russell then collaborated for eight years with Alfred North Whitehead to produce the monumental work Principia Mathematica (3 volumes, 1910–13). This work showed that mathematics can be stated in terms of the concepts of general logic, such as class and membership in a class. It became a masterpiece of rational thought.

Russell and Whitehead proved that numbers can be defined as classes of a certain type, and in the process they developed logic concepts and a logic notation that established symbolic logic as an important specialization within the field of philosophy. In his next major work, The Problems of Philosophy (1912), Russell borrowed from the fields of sociology, psychology, physics, and mathematics to refute the tenets of idealism, the dominant philosophical school of the period, which held that all objects and experiences are the product of the intellect. Russell, a realist (see realism), believed that objects perceived by the senses have an inherent reality independent of the mind.

Russell condemned both sides in World War I, and for his uncompromising stand he was fined, imprisoned, and deprived of his teaching post at Cambridge. In prison he wrote Introduction to Mathematical Philosophy (1919). After the war he visited the Soviet Union, and in his book Practice and Theory of Bolshevism (1920) he expressed his disappointment with the form of socialism practiced there. He felt that the methods used to achieve a Communist system were intolerable and that the results obtained were not worth the price paid.

Russell taught at Beijing University during 1921 and 1922, and in the United States from 1938 to 1944, though he was barred from teaching at the College of the City of New York (now City College of the City University of New York) by the state supreme court because of his attacks on religion and his advocacy of sexual freedom. Russell returned to England in 1944 and was reinstated as a fellow of Trinity College. Although he abandoned pacifism to support the Allied cause in World War II, he became an ardent opponent of nuclear weapons. Russell received the 1950 Nobel Prize in Literature and was cited as "the champion of humanity and freedom of thought." He led a movement in the late 1950s advocating unilateral nuclear disarmament by Britain, and at the age of 89 he was imprisoned after an antinuclear demonstration.

In 1901, Bertrand Russell published an inconsistency within set theory that came to be called Russell's paradox, and became the first to attempt a solution. However, in 1900 it was the German logician Ernst Zermelo (1871–1953) who independently was the first to recognize it, although he did not publish the idea and it remained known only to his fellow academics at the University of Göttingen.

Russell discovered this strange situation (independently of Zermelo) while studying a foundational work in symbolic logic by Gottlob Frege. After he described it, set theory had to be reformulated axiomatically in a way that avoided such problems. Russell himself, together with Alfred North Whitehead, developed a comprehensive system of types in Principia Mathematica. Although this system does avoid troublesome paradoxes and allows for the construction of all of mathematics, it never became widely accepted. Instead, the most common version of axiomatic set theory in use today is the so-called Zermelo-Fraenkel set theory, which avoids the notion of types and restricts the universe of sets to those that can be built up from given sets using certain axioms. Russell's paradox underlies the proof of Gödel's incompleteness theorem as well as Alan Turing's proof of the undecidability of the halting problem.