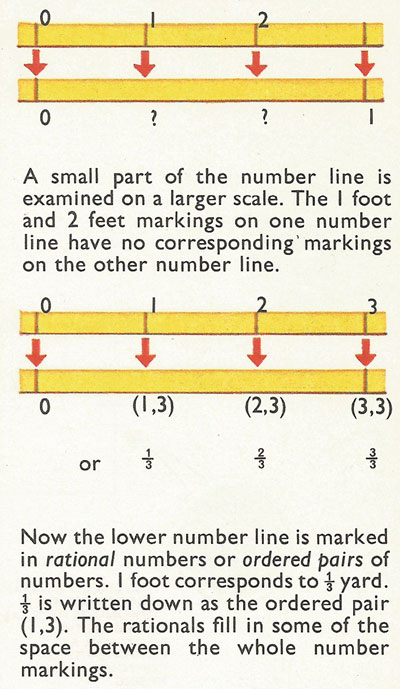 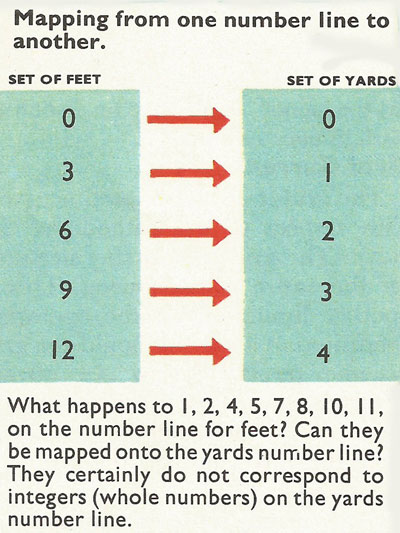 Suppose the upper set represents a distance in feet and the lower set a distance in yards. There are three 'foot' markings to every 'yard' marking. So two out of three foot markings do not correspond to any of the numbers on the yard line. It is obvious that they correspond to a third of a yard. But 1/3 is neither a natural number nor an integer. What kind of number is it? It is often known as a fraction and, if 1 is divided by 3, by the decimal number 0.333... Yet another way of writing the number is as an ordered pair of numbers (1, 3). These are all ways of writing rational numbers.

The set of rational numbers

have one thing in common. They are all numbers of thirds. 3 is the denominator of each of the fractions. In other words, they all belong to the set of thirds.

In the ordered pairs of notation, the same set is written as

Ordered pairs from a useful set when the second number of the pair is the same for each ordered pair. In particular, this simplifies the rules for adding and subtracting the pairs.